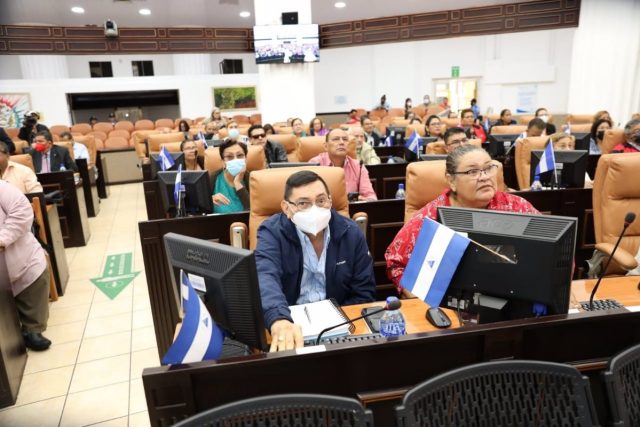 Nicaragua’s National Assembly, controlled by deputies sympathetic to President Daniel Ortega, has ordered the closure of a hundred organizations, as part of a wave of repression that includes in its latest list an association of Sandinista veterans.

Legislators have given the green light to a decree presented on August 3 with the vote in favor of the bench of the Sandinista National Liberation Front (FSLN), the party led by Ortega and by his wife and vice-president, Rosario Murillo.

Among the affected organizations is the Chinandega 9 de Septiembre Association of Combatants and Historical Collaborators of the FSLN, a branch from which the ruling party has been distancing itself following the group’s requests for more aid and this sector’s criticism of Murillo.

Read:  Petro affirms that his victory in the first round marks the end of Uribismo and promises "a real change" in Colombia

With this last measure, there are now 1,350 NGOs cancelled so far this year, according to the newspaper ‘La Prensa’, which anticipates new blockades. The pro-government deputy Filiberto Rodríguez presented this same Tuesday another text with one hundred NGOs, so it is foreseeable that in the short term the black list will be extended to 1,450 names.

Both the opposition and the international community, including the UN, have questioned this campaign, which the Nicaraguan officialdom sometimes tries to justify under alleged bureaucratic irregularities but which is part of a wave of repression that began after the 2018 protests and was reinforced in the months leading up to the 2021 elections.