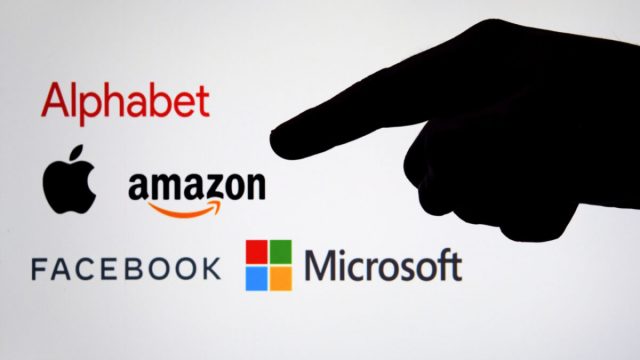 Due to the current global economic slowdown, the markets had anticipated that the earnings of mega-caps, which account for 40% of the Nasdaq and 30% of the S&P 500, could suffer a sharp decline.

However, while earnings were disappointing and worse than expected overall, some analysts suggest that the situation could have been worse.

The International Monetary Fund (IMF) recently announced that it was revising its global GDP forecast for 2022 to 3.2% growth for the remainder of the year from 3.6% in early April.

That seems to have been reflected in the earnings reports released by three of the world’s largest technology companies.

Alphabet, the parent company of Google, was one of the first companies to report earnings this week, with numbers that fell short of expectations. The company announced that second-quarter revenue rose 13 percent to $69.7 billion, which was below the $70.8 billion expected.

Second-quarter earnings came in at $1.21 per share, below the $1.27 per share for the quarter hoped for by analysts.

Microsoft also failed to meet expectations, with disappointing second-quarter earnings and revenue. The Bill Gates-founded company reported earnings of $2.23 per share, compared with general expectations of $2.29.

Quarterly revenue was reported at $51.87 billion, which was below the $52.44 billion analysts were expecting.

Finally Meta, formerly Facebook, also announced disappointing financial results for the second quarter of the year. They confirmed that revenues totaled $28.82 billion for the April – June period, which is slightly below the $28.94 billion expected.

Earnings per share (EPS) were reported at $2.46, versus expectations of $2.56, despite the fact that Facebook’s daily active users reached 1.97 billion versus 1.95 billion expected.

CEO Mark Zuckerburg stated that “we appear to have entered an economic downturn that will have a broad impact on the digital advertising industry“.

Michael Burry, the man behind The Big Short, warns of imminent danger for investors in 2023