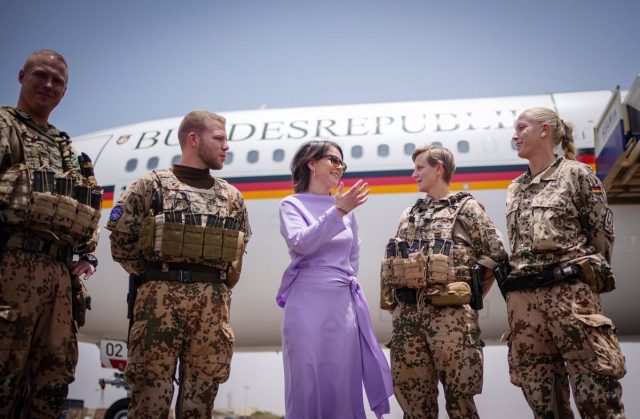 The German government announced Friday the suspension of its military peacekeeping deployment in Mali, a measure it will implement until further notice following recent tensions in the African country over the presence of foreign troops.

The German Army already announced a week ago the withdrawal of 60 military personnel from a logistics base at the airport of the Malian capital, Bamako, in a new episode of tension with the Malian authorities who demanded the departure of that contingent.

A Defense Ministry spokesman confirmed the stoppage of the mission ‘sine die’ and explained that the Malian government has repeatedly denied flight rights for aircraft destined to regularly replace personnel deployed in the African country.

Read:  United Nations predicts "one of the cruelest winters" in Syria due to fuel crisis

A Foreign Ministry representative traveled to Mali this week to negotiate and Defense Minister Christine Lambrecht received assurances Thursday from her Malian counterpart, Sadio Camara, that troop rotations would be facilitated.

Germany, however, remains ready to participate in the UN mission – it has a thousand soldiers – according to government spokesman Steffen Hebestreit. He also clarified that this path only makes sense if there is backing from the local authorities.

Mali has suffered three military coups since 2012 and has in fact been ruled since May by a military junta which in recent months has strengthened its ties with Russia, to the detriment of European countries.

Read:  Forces for Freedom and Change gives itself two weeks to announce its candidate for prime minister of Sudan