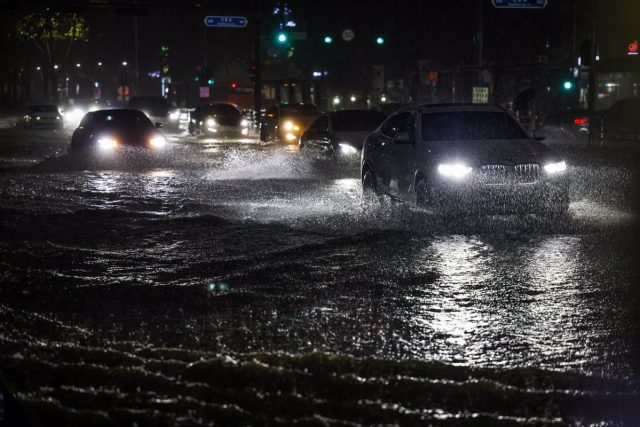 The heavy rains that are lashing northern South Korea have so far left eleven dead and eight people missing, according to the latest report released by South Korean authorities.

Also, more than 5,000 people and nearly 3,000 households have had to be evacuated from their residences in 46 cities, towns and villages, including the South Korean capital. Many of these people live in semi-basement dwellings and have seen their homes flooded by the rain.

In fact, half of the people who have lost their lives in recent days were in this type of housing. In Seoul there are about 200,000 such dwellings, 5 percent of all homes in the capital, the agency reported.

Three to four centimeters of rain per hour is expected in the next few hours in the Gyeonggi, Gangwon and Chungnam regions. In the past 24 hours, between 1.3 and 2.2 centimeters of water have been recorded in these provinces, including Seoul.