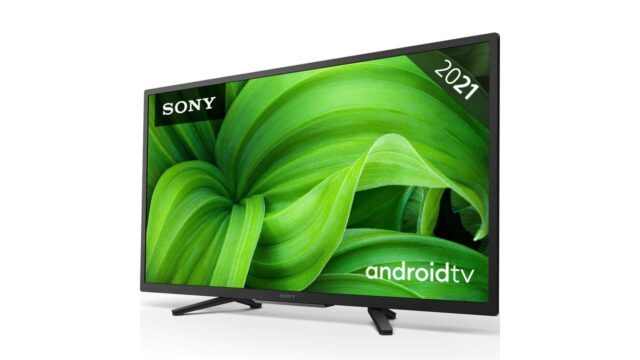 Smart TV software platforms are generally pretty well protected, as they only allow apps to be installed from the official store. However, Android TV works in a similar way to the smartphone software platform, offering the ability to install any app in .apk format. Sony seems to be against installing apps that provide access to pirated content on the TVs it makes, and has developed technology that could detect and limit the functionality of such apps.

According to a new patent filed by Sony, the company wants to implement a new software component in its TVs (running Android TV with the Google TV interface) that would allow it to monitor apps on the TV for those that are primarily involved in facilitating piracy. If apps that allow access to illegal video or audio content are detected, based on a list that checks IPs or URLs, the apps could be blocked from accessing the internet, limit the speed at which they access the internet to provide a poorer viewing experience, or block access to that app.

Read:  Samsung is cutting up to 30 million units of smartphone production planned for this year

Sony is even proposing the possibility of pausing at irregular intervals the playback of pirated content to annoy users and discourage them from trying to use those apps.

Of course, Sony doesn’t have this technology ready yet, and we don’t even know if it will ever implement it on its TVs. However, it is clear that Japanese engineers at Sony are considering implementing such a solution. The question, however, is whether the decision to integrate anti-piracy software into its devices will be an advantage or a disadvantage. If the target audience consumes pirated content on its TVs rather than from legal sources, we may see a drop in sales of the brand’s new TVs.

Worse, Sony’s Android TVs don’t perform well in menus anyway, and an app running in the background could further impair the user experience. And Sony is a company known for slow and delayed updates to its TVs, adding support for features promised at launch even a year or more late. So if its TVs come to market with an anti-piracy fix that significantly affects menu speed, it’s likely to take a long time before the problem would eventually be fixed by an upadte.

Read:  Cool gadgets, tools and games on offer this week

Of course, Sony is not the first such initiative. Previously, when hackers found a vulnerability in the PlayStation 3 that made use of the ability to install Linux on the console, the feature was removed completely, and Sony preferred to pay court damages to customers rather than leave the feature active. In 2005, the company tried to block the copying of songs to its laptops, using an app that automatically started when it detected a music CD.