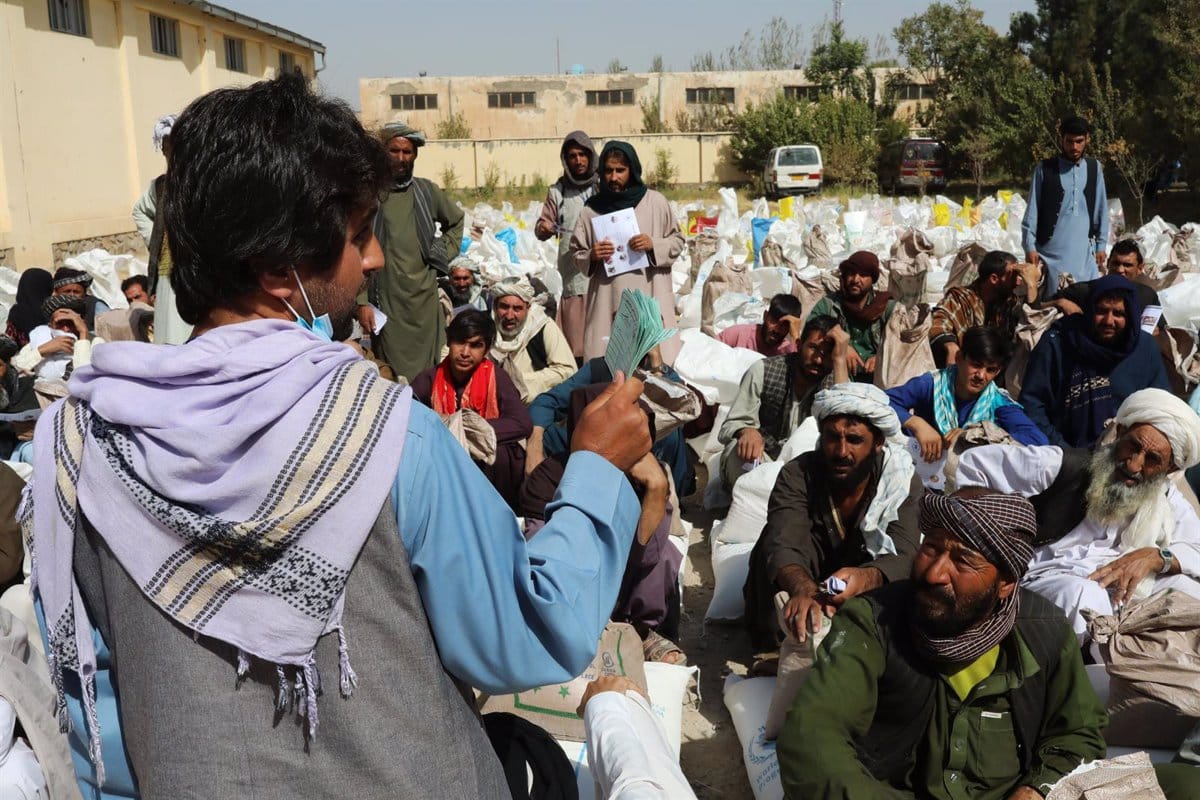 This Tuesday marks six months since the Taliban took power in Afghanistan, half a year in which expectations about a possible moderation with respect to its previous regime have been deflated amid restrictions on fundamental rights, especially of women and girls, and information on abuses and violations of Human Rights.

The Taliban stormed Kabul on August 15, 2021, hours after Ashraf Ghani fled in the face of an advance by insurgents, cemented by months of fighting and facilitated by the process of withdrawal of international troops following the peace agreement signed in Doha in February 2020 with the United States.

While some experts said the new regime could be different from the old one, the authorities have drastically curtailed women’s rights, including a ban on their traveling without a male relative to destinations more than 72 kilometers away, while protests to demand that their rights be respected are harshly repressed.

Likewise, the Taliban have acted harshly against the media, drastically limiting the flow of information, while the United Nations denounced in January the execution of at least a hundred former officials, despite the amnesty decreed by the leader of the group Mullah Hebatullah Ahundzada.

In this sense, Beth Gelb, a member of the Amnesty International Spain country team, pointed out in an interview with Europa Press that the situation is “devastating”. “It is a country that has suffered wars uninterruptedly for 40 years and right now they are literally starving,” she lamented.

Data from the World Food Program (WFP) show that 22.8 million people face acute food insecurity, with 8.7 million at emergency levels, out of a total population of some 41.7 million people.

“Day by day the situation worsens, it does not improve at all,” warned Gelb, who stressed that even before the Taliban took power, the country depended heavily on international aid, with 43 percent percent of GDP dependent on it, according to World Bank data, and with an economy largely based on opium poppy production and marked by corruption.

“We are talking about a country that has suffered many misfortunes for a long time,” he said, before recalling that during the previous years “a good part of Afghanistan was in the hands of the Taliban.” “The population is really exhausted from so much time in war and what that implies,” she argued.

“The situation is absolutely critical and serious and there has to be a change so that the people of Afghanistan can enjoy their most basic rights, in this case, to eat,” he said. “We are practically seeing a famine in Afghanistan. People are literally starving to death,” she added.

In this way, he has highlighted that the advances of the last 20 years have been “truncated”, although he has pointed out that “neither the world nor the country is the same as before and no matter how much the Taliban ideologically want things to be as they were before, they have it quite difficult”.

Gelb has undermined the credibility of the Taliban’s claims about respect for Human Rights and has stressed that to date “the opposite has been documented”, including “very serious threats to anyone who claims to defend Human Rights”.

For this reason, Amnesty International has launched an action on the Internet to collect signatures in favor of respect for the rights of women and girls with the aim of presenting this proposal to Russia and Pakistan, given that they are two countries with “influence” about the situation.

Likewise, he highlighted the impact of the sanctions, which caused the non-payment of salaries to officials after the suspension of the delivery of international aid, and stressed that “the absence of humanitarian aid puts families on the ropes”.

“There is a network of human rights violations and it really is a very acute case that teaches us how all human rights are related and interdependent,” he said, before stressing that “help has to come because if not, simply, Afghans are going to die.”

In this way, he has called for the opening of borders and the creation of humanitarian corridors to allow those who wish to leave the country, as well as the non-return of Afghans and investigation of the facts on the ground. “What can put an end to the violations of rights in Afghanistan is that it is known what is happening there,” he has settled.

The deepening of the crisis led the UN to launch an appeal in January to raise more than 4.4 billion euros to deliver aid to 22 million people in the country and another 5.7 million Afghan refugees in five countries in the region. .

However, the international community faces problems in determining its position in the face of the need to deliver aid and the fear that the money and resources do not really reach the population and end up being used by the Taliban.

In this sense, José Mas Campos, head of the Médecins Sans Frontières (MSF) Emergency unit, has highlighted in statements to Europa Press that the “situation in Afghanistan does nothing but fulfill many of the predictions that we already expected”.

Thus, he pointed out that “food insecurity and the malnutrition that goes with it, especially in children, is something that unfortunately we are being able to observe in our hospitals”, with a number of admissions of malnourished children “much higher” than that of the previous years.

“To malnutrition we must add epidemics of measles, which we are also seeing, or the well-known effect of winter on respiratory infections, with a spike in pneumonia that sometimes forces us to have two or three children per bed in the hospital because it is very difficult to give to coarse”, has indicated.

In this way, he has stated that “the lack of other organizations that are working in the health system forces MSF hospitals to narrow and expand reception capacities to the limits that we can”, a situation affected by the cut of international aid in recent months.

Thus, he recalled that the health system before the Taliban took power already had “underfunding” and a lack of employees and medicines, although he stressed “today, the health system is in even more impoverished circumstances.

In the specific case of the MSF center in Khost, the organization was forced between August and October to expand the admission criteria to care for pregnant women, which meant that during that time “50 percent of institutional deliveries of throughout the province occurred in our hospital”.

Finally, he indicated that MSF has been working in the country for more than 40 years and added that the seizure of power by the Taliban has not brought about changes, without foreseeing that the situation could be reversed. “That is why at MSF we are preparing to continue and even if it were possible to increase our operations on the ground in Afghanistan in the near future,” he added.