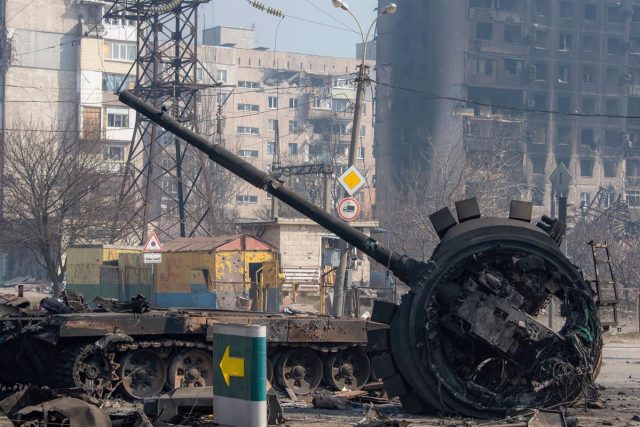 The authorities of the self-proclaimed People’s Republic of Donetsk, in the disputed Donbas region, in eastern Ukraine, denounced this Saturday that around a thousand residents have died in bombings by the Ukrainian Army since the beginning of the year.

The Donetsk militias have been accusing Ukraine for years of failing to comply with the successive ceasefire attempts in the area since the open conflict in 2014. Ukraine denies these accusations and points precisely to the other side as responsible for the hostilities, as well as to Russia, for provide support to the militias.

Read:  The US threatens to block the trade agreement with the United Kingdom and reiterates its support for the Northern Ireland protocol

Russia’s recognition of both Donetsk and the self-proclaimed Lugansk Republic as independent entities from Ukraine — which kyiv recognizes as areas under its sovereignty — was one of the catalysts for the Russian invasion of Ukrainian territory at the end of the year. past.

The war in Ukraine has been particularly prevalent in Donbas, the eastern front of the fighting, where Russia has focused its sights in recent days after relaxing pressure in the center-west of the country and in the capital, kyiv.

In this sense, the Donetsk authorities, according to the balance collected by the Russian news agency TASS, have fired more than 30 times during the last day a total of 260 projectiles that would have left 34 civilians injured.

Read:  US confirms Russia's use of hypersonic missiles in Ukraine war

In its latest balance on Friday, the United Nations has confirmed at least 67 dead and 246 wounded in the Donetsk and Lugansk territories controlled by the militias since the beginning of the invasion.