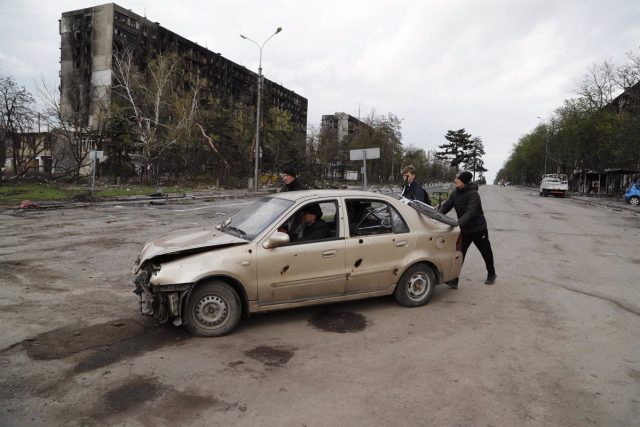 The International Committee for the Red Cross (ICRC) lamented this Friday that the level of destruction in Ukraine after a hundred days of war “defies understanding” and has stressed that “it is difficult to exaggerate” the impact on the civilian population of the decision of the Russian President Vladimir Putin to order the invasion of the country.

Read:  Putin congratulates the Ukrainian people on the anniversary of the victory against Nazism

“Houses, schools and hospitals have been destroyed and civilians have suffered the horrors of the conflict, with lives lost and families torn apart,” ICRC Director General Robert Mardini said in a statement.

Thus, he has pointed out that “thousands of them live with the anguish of not knowing what has happened to their loved ones, including the relatives of prisoners of war”, for which he has asked the parties to allow the organization “to visit all prisoners of war, wherever they are held”.

“Although we have been able to visit some prisoners of war, the parties have yet to give us access to all of them. Some is not enough,” said Mardini, who noted that “it is important to remember that some (Ukrainian) regions have not suffered hundred days of armed conflict, but eight years, and that many people have suffered multiple tragedies”.

Read:  Brussels approves the Polish recovery plan of 36,000 million with the vote against two vice presidents

Many residents have been forced to leave their homes more than once, rebuilding their lives from scratch each time. Mardini thus made reference to the situation in the Donbas region, where the self-proclaimed republics of Donetsk and Lugansk are located, the scene of a conflict since 2014.