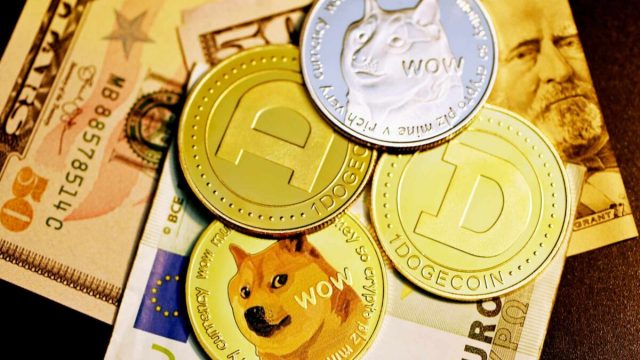 If you’re still holding on to your DOGEs, you’re probably wondering if you should sell your Dogecoin. The DOGE market has cooled considerably, with the crypto-currency currently trading 90% below its all-time high. Investor sentiment in the crypto-currency market is overwhelmingly negative after most major crypto-currencies suffered substantial losses in 2022.

If you’re wondering if DOGE is a good investment, there are many different factors you need to consider. We’ll summarize the main arguments for and against investing in Dogecoin.

Reasons why you should consider not selling your Dogecoin

While the current situation is far from ideal, there are some compelling reasons why this may not be the best time to sell Dogecoins.

The relative strength of Dogecoin in the crypto market

Despite its 90% collapse from its all-time high, Dogecoin has held up very well when compared to the rest of the crypto-currency market. At the time of writing, the popular crypto meme is showing a -49% change over the past year. That’s not a good result in and of itself, but Dogecoin looks much better considering that both Bitcoin and Ethereum have dropped about 58% over the same period.

Dogecoin has stood the test of time.

The fact that Dogecoin has a market cap of over $10 billion in 2023 is particularly impressive since DOGE was launched in December 2013. At the time, it would have been easy to dismiss Dogecoin as a temporary fad, but DOGE has stood the test of time and has been a relevant part of the crypto-currency market for nearly a decade now.

Dogecoin has strengthened its position in the market over time and has outperformed many “serious” crypto-currency projects. Let’s take a look at the market capitalization Dogecoin has managed to achieve during its three major rallies:

It seems that the lightweight approach of the Dogecoin project has actually been a strong point for DOGE. Simply put, crypto-currency investors aren’t expecting any major technical breakthroughs or developments from Dogecoin, and DOGE’s markets are primarily driven by hype and momentum.

This can be very beneficial in bull markets, when crypto investors are exuberant and don’t mind parking their money in purely speculative assets like DOGE. In the next bull market, Dogecoin could very well be one of the crypto-currencies to explode in value. The interesting thing about Dogecoin is that even in the 2022 crypto-currency bear market, it has held up better than most other crypto-currencies.

Elon Musk still seems to be a fan of Dogecoin.

It’s no secret that the biggest factor in the 2021 Dogecoin rally has been the support of billionaire entrepreneur Elon Musk, who has frequently mentioned the cryptocurrency meme on social media. Although Musk is a controversial figure to say the least, he still has a large and dedicated fan base and is able to move the markets with a single tweet.

I will keep supporting Dogecoin

Elon Musk’s support has had a major positive influence on Dogecoin. On the other hand, the DOGE market could be in for some very difficult times if Musk changes his mind about Dogecoin.

Reasons why you should consider selling your Dogecoin

Even though Dogecoin has a lot of benefits, we should not ignore the negative aspects. Let’s look at some reasons why it would be a good idea to sell Dogecoin.

Dogecoin is not innovative

Dogecoin is a simple Proof-of-Work crypto-currency that is mined by merging with Litecoin. Its use is limited to simple peer-to-peer transactions and it offers no smart contract functionality. Dogecoin is similar to Bitcoin in many ways, although its network of miners is much smaller. As a result, Dogecoin is not nearly as resilient as Bitcoin in terms of security.

We should note that Dogecoin developers are working on upgrading the Dogecoin software, and recently announced a fund that will distribute 5 million DOGE to core developers who contribute to Dogecoin releases.

Yet, we shouldn’t expect any groundbreaking innovations to come out of the Dogecoin project, as it simply doesn’t have the resources. However, the developers are working on bug fixes and optimization, and may incorporate new technologies in the future.

Many investors are attracted to bitcoin because its supply is capped: there will never be more than 21 million BTC. Dogecoin takes a different approach, as its supply swells by about 5 billion DOGE each year and there is no upper limit to the number of DOGE that can exist. This supply inflation makes DOGEs a less attractive option for some investors.

Read:  Sam Bankman-Fried lashes out on Twitter after FTX collapse

In the long run, however, Dogecoin’s inflation could prove beneficial as it will continue to provide a steady stream of rewards to miners. In the case of bitcoin, miners will only be rewarded with transaction fees once all BTC have been mined, and it remains to be seen whether this model is sustainable.

The crypto-currency bear market is still in full swing.

Another reason why holding DOGE might not be the best idea right now is that the crypto-currency bear market that started in 2022 is still in full swing. We’re seeing major industry players like Coinbase, Kraken and Huobi laying off employees, and there are plenty of unresolved controversies, like the conflict between crypto-currency exchange Gemini and Digital Currency Group.

The macroeconomic outlook is also negative, with the World Bank recently releasing a report on the world economic and social situation warns that we are ” dangerously close ” to a global recession. In addition, rising interest rates in the U.S. and Europe have had a significant impact on investments in risky asset classes such as technology stocks and crypto.

All of this adds to the negative sentiment in the crypto market, which has already been battered by the collapse of crypto prices, with 63 of the top 100 crypto assets by market capitalization falling by 50% or more over the past year. Of those, 30 have collapsed by 80% or more. As long as these conditions persist, it’s hard to imagine Dogecoin doing well.

In summary, should you sell your Dogecoins?

As a long-term investment, Dogecoin has done very well and has even beaten the majority of more serious crypto projects. So far, Dogecoin has been able to recover from its falls and reach new all-time highs. It could still be possible for Dogecoin to reach $1 if there is another bull market for crypto-currencies.

However, the short-term outlook for Dogecoin does not look good due to negative sentiment in the crypto markets and poor macroeconomic conditions, which are stifling the speculative asset markets.

If you are also interested in other meme currencies, we have prepared a list of meme currencies that have the potential to see significant gains in the future.