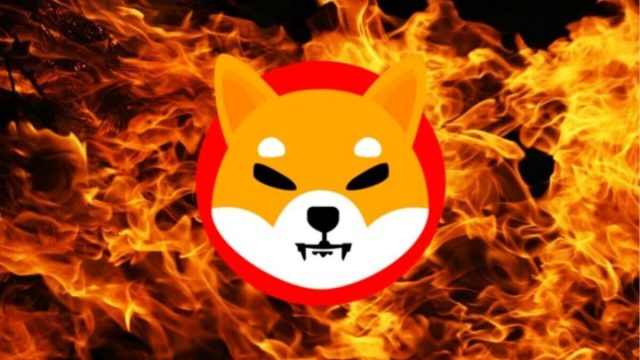 Like bitcoin and its founder Satoshi Nakamoto, many founders of cryptographic projects remain anonymous and unidentified.

Sometimes anonymity surrounds not only the mastermind of the project, but also the team of developers. This is the case with the development team of Shiba Inu (SHIB), the 14th largest crypto-currency by market capitalization, according to Coingecko.

Shiba Inu has been looking for more utility by expanding its influence with a metaverse project, a stablecoin and more. Members of this community are wondering about the project’s developers, especially since they are active on Twitter, unlike Satoshi Nakamoto.

Wacky theories mainly point the finger at Elon Musk. Musk is a supporter of bitcoin and whose comments on DOGE can send the price of the other famous memecoin soaring in a matter of hours. Some rumors claim that Elon Musk is Shytoshi Kusama, the lead developer of Shiba Inu.

Among the most influential figures in the crypto sphere who are said to be behind SHIB, Elon Musk and Vitalik Buterin, the founder of Ethereum, have come to the fore several times. But Shytoshi Kusama’s Twitter account quickly denied the allegations.

I already believe in the ecosystem.. already have money… kinda just waiting to see the man behind the mask lol… long live #Shibarium #SHIB #SHIBARMY

The burns of Shiba Inu promise to intensify

Despite the speculation around Shytoshi Kusama, it can be noted that the token is still popular. It is often cited as a primary investment alternative beyond Bitcoin and Ethereum, the “classic” tokens among holders.

More than a billion SHIB tokens have been burned in the past seven days. Shytoshi Kusama reiterated the role of the community in fostering a conducive development for crypto-currency.

Indeed, according to the developer, massive burns will require a community effort.

Massive burns will require a true community effort and we are working towards it on many levels. Will take time and I hope the timing works out perfect!

According to data shared and updated daily by Shibburn’s Twitter account, more than 410,373,764,750,087 tokens have already been withdrawn from the initial offer. That’s almost half of the maximum amount of tokens.

In the past 24 hours, there have been a total of 76,275,825 $SHIB tokens burned and 16 transactions. Visit https://t.co/t0eRMnyZel to view the overall total of #SHIB tokens burned, circulating supply, and more. #shibarmy

Over the past week, more than a billion tokens have been burned, through a total of 104 transactions.

These burns regulars promise to gradually influence the price in the future. But there is no guarantee that the price will reach $1 or even 10 cents.

Once again, the most used smart contract among the top 5,000 Ethereum whales is Shiba Inu, according to statistics from WhaleStats.

JUST IN: $SHIB @Shibtoken one of the MOST USED smart contracts among top 5000 #ETH whales in the last 24hrs🐳

Among the 100 largest Ethereum addresses, SHIB also appears at the top of the ranking and remains week after week in the top positions.

There are two main motivations driving these purchases among Ethereum whales. The token can be a means of payment. But also, price appreciation – SHIB removed several zeros from its price in the fall of 2021.

SHIB is still looking to diversify and further develop its project. The coming months promise to be interesting as the development team tackles the flagship project – SHIB, The Metaverse.