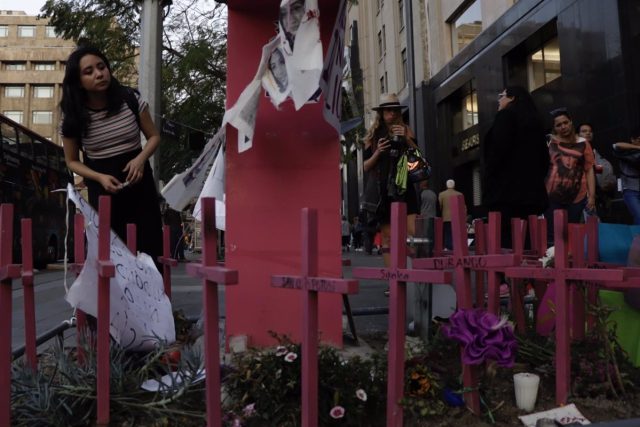 Sexist violence in Mexico has reached record incidence figures in four crimes classified as high impact, such as rape, according to the monthly report on violence against women prepared by the National Public Security System (SESNSP).

Specifically, historical figures have been reached in extortion, corruption of minors, rape and gender-based assaults. According to the report, 193 minors have been victims of corruption of minors in March 2022. This is also the highest number since records are available and exceeds 168 in 2020, the highest to date. By states, where these crimes have grown the most is in Baja California, Quintana Roo and Guanajuato.

As for rape, the Mexican authorities have recorded 2,287 in March, which is the highest number since 2015 and 13 percent more when compared to the 2,017 in March 2021. Quintana Roo, Baja California Sur and Chihuahua register most cases.

Lastly, gender-based violence –other than family violence– in all its forms adds up to a total of 1,684 investigations in state prosecutors’ and prosecutors’ offices in March. Malicious injuries have increased by 31 percent compared to February, according to data collected by ‘El Universal’.

Hundreds of women have taken to the streets in recent days in Mexico to protest sexist violence after the discovery of the lifeless body of Debanhi Escobar, missing since April 9.

Mexican authorities found the body of Escobar, 18, during the night of Thursday in a disused cistern located in a hotel in the municipality of Escobedo, in Nuevo León.