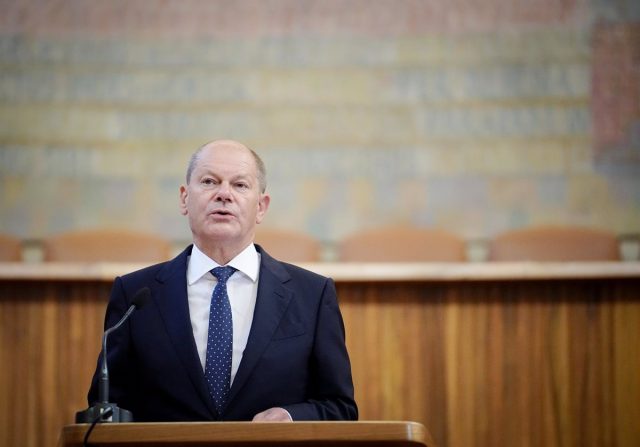 German Chancellor Olaf Scholz on Monday advocated the creation of a joint air defense system at European level with the aim of gaining “security” on the continent and announced that Germany will lead the initiative, investing “significantly” in defense in the coming years.

“A jointly developed air defense system in Europe would be more effective and cost-efficient than if each of us built our own systems,” the German chancellor has argued, adding that there is “a lot to do” in terms of defense against air and space threats.

Scholz has assured, during his official visit to the Czech Republic, that they will invest “very significantly” in this area “in the coming years.” “Germany will design, from the very beginning, that future air defense in such a way that our European neighbors can participate if they so wish,” he added.

The German chancellor also favored pushing for a closer European political community: “Realpolitik must mean involving friends and partners with shared values and supporting them to be strong in global competition through cooperation,” he said.

Scholz has also specified this Monday from Prague that Europe must face the threat of “neo-imperialist autocracy”, putting special emphasis on the fact that free Europe has been threatened by “the brutal attack on Ukraine”.

“This united Europe was born as a project of peace within Europe. It is up to us to continue to develop this promise of peace by enabling the EU to safeguard its security, independence and stability in the face of challenges from abroad,” he stressed.

Read:  Japan considers acquiring 1,000 long-range missiles because of tensions in the region, according to the media.

On the other hand, Scholz has announced that Germany will help Ukraine in the reconstruction tasks, a topic that will be discussed at a conference of experts on October 25 and that contemplates talking about “international coordination” in this aspect.

“This will be the central topic of an expert conference that (European) Commission President Ursula von der Leyen and I invite Ukraine and its partners from all over the world to attend in Berlin on October 25,” she said.

“Germany will take special responsibility in terms of developing Ukraine’s artillery and air defense capabilities,” he has said, adding that the reconstruction of Ukraine is “a huge undertaking that will take generations to achieve.”