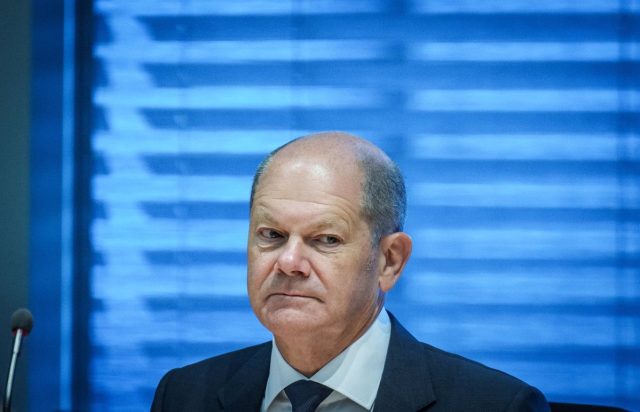 German Chancellor Olaf Scholz accused Russian President Vladimir Putin on Friday of violating the “peace order” that emerged in Europe after World War II with his “cynical and inhuman war” against Ukraine.

“(Vladimir) Putin’s war is directed against a peace order that arose from the commitment ‘never again’ after two devastating world wars. He wants to return to the law of the strongest,” Scholz said in the framework of the German Catholic Congress which takes place in the city of Stuttgart, in the southwest of the country.

Thus, he has pointed out that the war is not only directed against Ukraine, but also against the values ​​of Western democracy in general, for which he has said that this should not be allowed under any circumstances. “We have decided to support the victim of this war of aggression,” he stressed.

The German chancellor has also advocated refuting “Putin’s narrative” about the conflict and has rejected accusations from Moscow about the impact of the war on the global food supply chain, according to the German news agency DPA. .

In this sense, Scholz has argued that Putin “has found a formulation for it.” “He always talks about us as the global West. He then tries to hold those who are supporting Ukraine responsible for the hunger crisis that triggered his war, the one he instigated,” he has settled.

For her part, the German Minister for Development, Svenja Schulze, has asked Putin from Ukraine to enable grain shipments through Ukrainian ports. “Putin is guilty that in many countries there are likely to be catastrophes due to hunger,” she denounced.

Schulze, who is in kyiv and thus becomes the second member of the German government to travel to Ukraine since the outbreak of the war on February 24, has rejected Russian accusations that Western sanctions are causing a global hunger crisis. and has recalled that food is excluded from the packages of punitive measures.

“What Putin does in fact is that he bombs the ports and in this way directly prevents food from being exported from Ukraine,” he said, before calling on Russia to put an end to these operations, after Moscow has maintained that the partial lifting of western sanctions would be a condition for the resolution of the global food crisis.

The Russian authorities have also rejected accusations that it is blockading Ukrainian ports and has pointed out that these are inaccessible due to sea mines placed by Ukraine itself. In this context, the Russian Defense Ministry published on Thursday a schedule and corridors for the possible departure of foreign ships from Ukrainian waters, holding Ukraine responsible for the safety of the port exit.