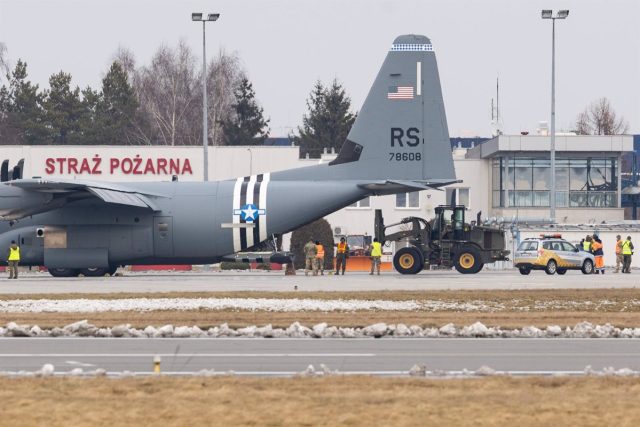 This Sunday afternoon a new contingent of US troops arrived in Poland by air to reinforce NATO military positions on its eastern flank.

The Polish television TVN24 has broadcast images of the soldiers at the Rzeszów-Jasionka Airport, in the southeast of the country, where more US soldiers arrived on Saturday.

The Polish Defense Minister, Mariusz Blaszczak, has expressed his satisfaction with the arrival of US troops and has stressed that it is “the best response” to Russia’s “aggressive policy” with respect to Ukraine.

US President Joe Biden has announced a reinforcement of 3,000 soldiers in Eastern Europe in response to the build-up of Russian troops on the border with Ukraine.

Poland will receive 1,700 soldiers, 300 will go to Germany and 1,000 of those who are currently in Germany will be sent to Romania, which borders Ukraine.