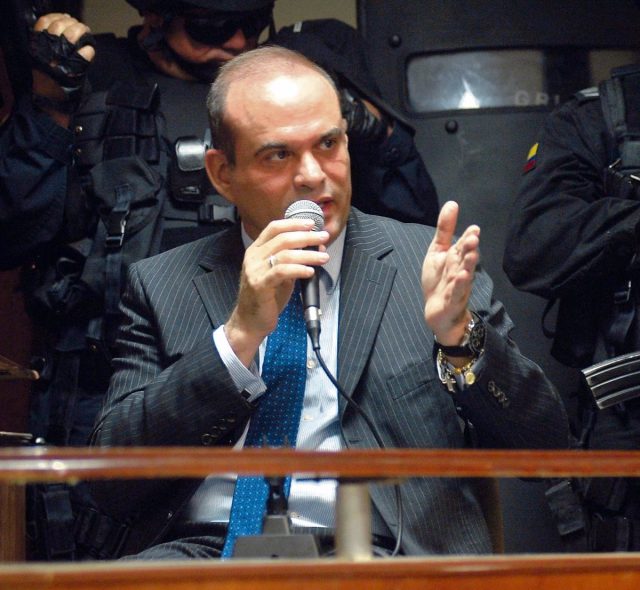 The former head of the paramilitary organization United Self-Defense Forces of Colombia (AUC) Salvatore Mancuso, imprisoned in the United States, has formally requested the US justice system to be sent to Italy and not to be deported to Colombia because he fears for his life.

‘Mono Mancuso’, who has threatened to reveal links between the State and the paramilitaries, has recalled that 28 months ago he asked to be sent to Italy and reproaches the judicial authorities for not having given him an answer yet.

“The petitioner bases his request for reconsideration by the agency on the time it is taking to conclude the administrative migratory process. The petitioner states that the delay is not his fault and points out that his 28-month period of immigration detention, awaiting transfer to his original country of designation (Italy) is neither reasonable nor justified in fact or in law,” reads the document, as reported by the RTVC radio station.

Mancuso, alias ‘Santander Lozada’, was sentenced in 2008 to 15 years and 10 months in prison in the United States for a drug trafficking crime, after being deported during the government of Alvaro Uribe, after having been subject since 2005 to the demobilization policies of the Colombian state.

He had previously served a 19-month sentence in Colombia, for which, under the U.S. prison system, he was eligible for early release due to his good conduct in prison.

Mono Mancuso’ has acknowledged having been involved in at least 300 murders, among which were the victims of the El Aro massacre, which resulted in a 40-year prison sentence that he never served because he joined the Justice and Peace Law promoted by Uribe.

Mancuso has two open judicial processes in Colombia for his responsibility in more than 600 homicides, the forced displacement of almost 1,000 people and more than thirty forced disappearances.

After the Colombian government has made several formal errors in processing the extradition, the authorities are exhausting diplomatic channels before his transfer to Italy is carried out, since he has Italian nationality.