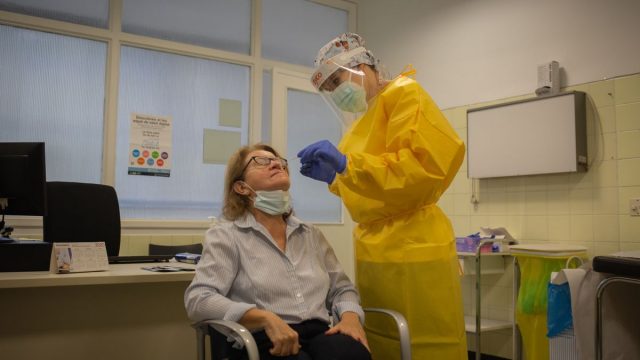 The Catalan Health Service (CatSalut) has simplified the procedure carried out by physicians to validate the continuity of use of medical devices and some drugs of their patients, which will alleviate the bureaucratic burden of the physicians of the PRIMARY CARE.

One of the historical demands of primary care physicians is. reduce some bureaucratic tasks in prescribing drugs, so that more effort can be devoted to visiting, diagnosing and treating patients.

One such bureaucratic burden is the. validation each year of medical devices and of some drugs, an act by which the physician certifies that the prescription for them is current and thus the patient can continue to acquire them at the pharmacy.

This is the case with the prescription of medical devices such as the adult diapers or of certain dementia drugs, antithrombotics, antipsychotics or immunosuppressants.

As advanced to Efe by Salut sources, the CatSalut. has extended the validity of the validation from one to two years, so that, if the prescriptions are renewed unchanged during this period, it is not necessary to re-validate them.

This is a measure that has already begun to be implemented and, in the first week, has avoided 44.1% of these procedures.

The new instruction will also incorporate, starting in October, at nurses to the current group of validating professionals (physicians and pharmacists), a logical step since the majority of those who end up prescribing diapers are nurses.

Read:  What is the lethality of monkeypox? The WHO steps up

In addition, medications with specific registrations will not require validation if they are properly authorized, which will saves 93% of monthly validations. on this type of drugs.

Health estimates that all these changes will reduce in 30% reduction in validations by healthcare professionals: about 51,7000 per month and 625,000 per year.

These actions follow the line of others already in place for. reduce the bureaucratic burden on primary care physicians.

The most noteworthy, which began to be implemented last May, is the. management of sick leave due to hospital admission from these same centers, which will save nearly 300,000 annual visits to the CAPs just to request the temporary incapacity paper.