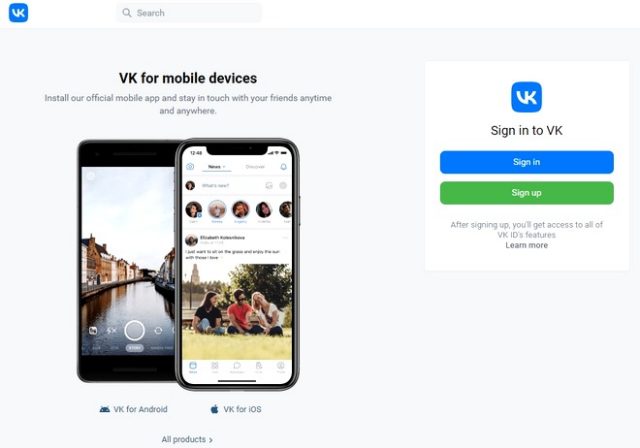 Vkontakte, or VK, Russia’s largest social network, or “Russian Facebook,” has been removed from the App Store. iOS users can no longer download the VK app in any of the regions that the app store is available, and Apple says the decision was made following sanctions on Russia from the UK. VK representatives have confirmed that Apple has blocked their developer accounts.

According to The Verge, VK representatives say they will continue to develop and provide support for their iOS apps, despite the fact that they now have their accounts locked:

“These apps are distributed by development teams that are majority owned or majority controlled by one or more of the entities that have come under UK government sanctions. To comply with these sanctions, Apple has closed the developer accounts associated with these apps, and the apps are now no longer downloadable from the App Store, regardless of region. Users who have already downloaded these apps will be able to continue to use them.”, confirmed VK’s Adam Dema.

The British sanctions are a consequence of new referendums in Russian-occupied regions of Ukraine and target 23 businessmen with executive positions in the Russian bank Gazprombank. As Gazprombank has links to VK, the social network has fallen under the sanctions.

It’s unclear whether Google will take the same action as Apple, as VK is still available on Android devices.

However, the decision to block Russian social networks comes as a delayed sanctions measure on Russia. The Vladimir Putin-led country has blocked Western-origin networks like Facebook, Twitter and Instagram since the beginning of the Ukraine invasion, as they refused to delete content that revealed the reality of the war in Ukraine. This content was considered illegal by Russian authorities.

Read:  Elon Musk, CEO of Tesla: "We need to increase oil and gas production." Starlink will not censor the Russian press

In addition to the main VK app, other services such as Mail.ru, VK Music and Youla were also removed. While these still work, some components, such as in-app payments or notifications, may no longer work.