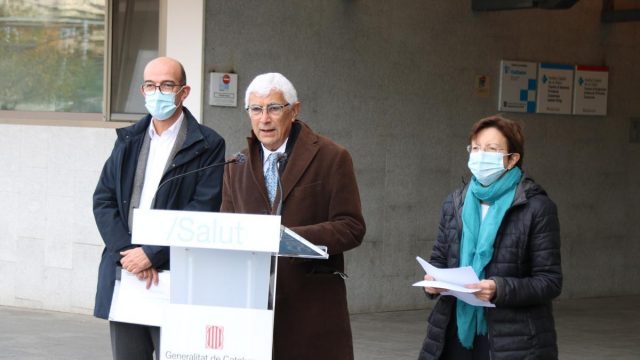 The Department of Health of Catalonia will invest 45 million euros for reinforce primary, hospital and socio-health centers during the winter, with the possibility of hire professionals for the colder months and more respiratory viruses.

The ‘conseller de Salut’, Manel Balcells, and the secretary of Public Health, Carmen Cabezas, have presented this Tuesday at the CUAP Casernes in Barcelona the actions to improve the response of the healthcare network to the increase in demand during the winter period, at a time when pressure from the unions is growing with the strike called on January 25 and 26.

Balcells stressed that this Integral Emergency Plan of Catalonia 2022-23 (PIUC) focuses above all on giving the “necessary importance” to primary care (which also attends emergencies) on the eve of a winter in which an increase in influenza is expected, with a peak around Christmas, and also in covid, probably later.

Read:  No covid-19 patient in the ICU of Hospital del Mar for the first time in 1,000 days

“We make a extra effort in primary care and we match it in hospital care during a season that is expected to be complicated,” the ‘conseller’ emphasized.

He has detailed that Salut multiplies by five the resources of the previous winter plan for primary care, going from 3.6 to 16 million. Balcells has assured that this endowment is equivalent to “on average one doctor, one nurse and one administrative staff per primary center”.

Depending on the situation of each center, it may choose to allocate these resources to. hiring personnel for the four winter months or by redeploying staff.

However, at a time of general shortage of personnel in the market, eespecially physicians, Balcells has not specified how many temporary hires would be carried out, because it is something that has been left to the autonomy of each center.

In addition, Salut contemplates a plan for additional contingency of 10 million euros: eight million would be to cover if necessary increases in hospital, social-health, mental health resources and additions, and the other 2 million for increases in health transport.

The total amount of the PIUC 2022-23 is 45 million euros, which represents a increase of 31 million euros with respect to the previous plan.