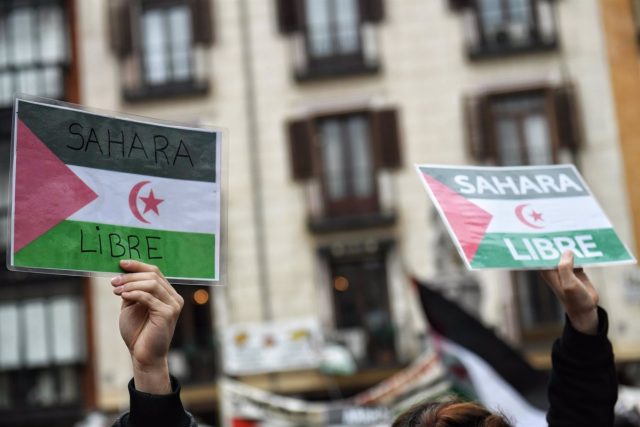 The Saharawi Liberation Army has launched this Saturday a “massive missile attack” against several locations where Moroccan troops were located, in the north and southeast of Western Sahara.

The Saharawi Army commandos have “neutralized a number of points” military belonging to Morocco, so that in the last day, “at least five Moroccan entrenchments have been hit” and “two other warning points of the wall were neutralized”, reported the portal EC Saharaui.

According to the war report issued by the Ministry of National Defense, to which the above-mentioned media had access, the Saharawi Army units have caused “innumerable losses of lives and equipment among the ranks of the Moroccan Army”.

According to reports from the Ministry of Defense, in recent days the Western Sahara has an open offensive in Mahbes, in the northwest, a locality occupied by Morocco and close to the border with Mauritania and Algeria.

It is in the territories of Mahbes that the most bombings have been recorded these days. However, Saharawi forces have launched an offensive against the region of Farsia in the north and Guelta Zemmur in the center.

Guelta Zemmur is a territory protected and guarded by Moroccan forces because of the rich resources of the area, mainly fishing and phosphates.

The Saharawi media recall that the war continues “for the twentieth consecutive month, extending to a total of 170 areas, due to the violation of the cease-fire in November 2020, by which the conflict resumed.

The president of the self-proclaimed Sahrawi Arab Democratic Republic (SADR) and leader of the Polisario Front, Brahim Gali, issued in November two years ago a presidential decree announcing the end of the commitment to the cease-fire signed between the Polisario Front and Morocco in 1991.

The origin of the dispute lay in a road built by Morocco to facilitate transit to Mauritania, although the Polisario considered this to be illegal infrastructure under the 1991 cease-fire agreement.

The Spanish colony of the Sahara was occupied in 1975 by Morocco and Mauritania following the Tripartite Agreements, signed on November 14, 1975, which ceded sovereignty of the Spanish Sahara to these two countries.

After a brief war, the Polisario Front expelled Mauritania and signed peace and mutual recognition with its militias at the gates of Nouakchott, but Morocco consolidated its control over the territory and thousands of Saharawis fled the savage repression.

In 1991 a cease-fire was signed between the two sides, which committed to a referendum on self-determination organized by the United Nations Mission for the Referendum in Western Sahara, but since then disputes over the census for the vote–Morocco wants Moroccan settlers to vote–have prevented the consultation.