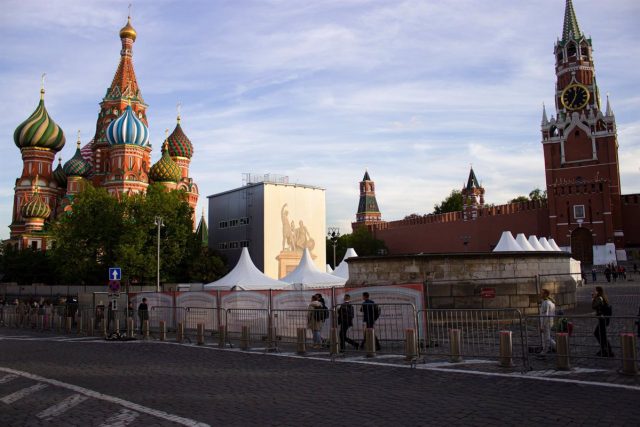 “The representative of the State Prosecutor’s Office demanded that Safronov be found guilty of treason and sentenced to 24 years in a strict regime colony,” the Moscow court where the case is being tried has said, as reported by the TASS news agency.

According to the investigation, between 2015 and 2019, Safronov “discovered” and “collected” top-secret information on Russia’s military-technical collaboration with the rest of its CSTO partners, as well as with other countries in the Middle East, Africa and the Balkans.

Safronov was arrested on July 7, 2020 and placed under arrest by court decision. The Prosecutor’s Office believes that Safronov would have collaborated since 2012 with the Czech Republic’s secret services, through which he allegedly delivered to the United States information concerning technical and military cooperation between Russia and African countries.

The Prosecutor’s Office also narrated another episode in which the journalist in December 2015 handed over information about the Russian Armed Forces in Syria to the political scientist Demuri Voronin, who transferred it to the representatives of the University of Zurich and the German Federal Intelligence Service.

Read:  Leopoldo López, on Ukraine: "The fight for your freedom is the fight for the freedom of Cuba, Venezuela and Nicaragua"

Before being hired by Roscosmos he worked for the newspapers ‘Kommersant’ and ‘Vedomosti’, where he wrote mainly on military and space-related topics. From Roscosmos assured that the case is not related to his work at the company, where he had been working since May 2020.

‘Kommersant’ at the time dismissed the accusations against its former editor as absurd, while the newspaper ‘Vedomosti’ stressed that “he is a patriot of his country” and called for clarification of these accusations weighing on the journalist “impartially and in strict compliance with the law.”