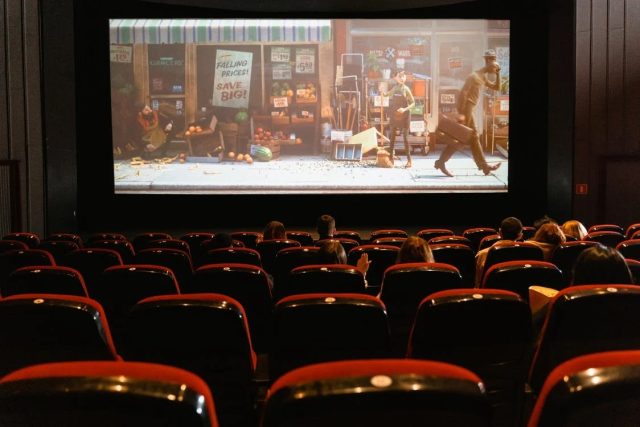 Russia’s sanctions on cinema paint a picture reminiscent of Cold War times, as cinemas began to screen pirated films in the absence of official distribution. Most Western studios have left Russia and are refusing to sell films to distribution companies, so many cinemas in the country are using illegally downloaded films to keep theaters open.

Piracy is now legal in Russia

Current projections suggest that more than half of Russia’s cinemas will close in the next two months. Since the beginning of the war in Ukraine, new movies have not been brought in by legal means, and streaming services such as Netflix or Spotify have also left the country. Thus, the only way to watch new movies or listen to new music is piracy for the Russian population.

Some cinemas, following the new law, which no longer punishes piracy, have chosen to illegally download the latest movies, such as The Batman, or Pixar’s Turning Red animation, and sell tickets as they usually do. Other cinemas allow the rental of space to private individuals, who can choose to screen any movie they want in theaters, even with the possibility of selling tickets.

Such illegal screenings existed more than 30 years ago in Russia and other Soviet bloc countries, where they were watched, mostly US movies, which were banned by communist governments. The difference was that the films were not screened in cinemas, but rather away from the authorities, in makeshift theaters, or in people’s homes.

However, current screenings are not considered illegal in Russia, as the content of the films is not banned. Manufacturers simply no longer want to deal with Russia in the context of the unprovoked invasion of Ukraine.