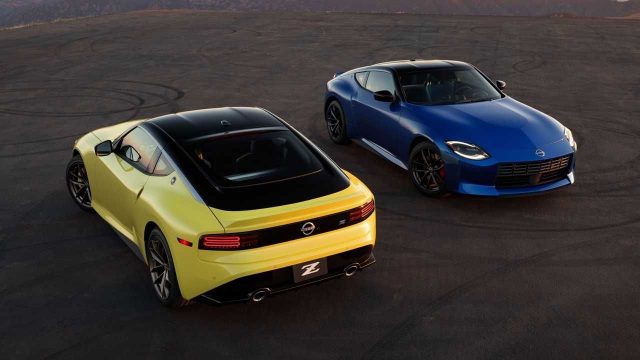 The Nissan Z car, a 400 hp twin-turbo symbol of the rebirth of the struggling Japanese carmaker, is the latest product launch that has been derailed by global supply chain problems.

The Z was expected to land on the home market in June, but Nissan Motor confirmed on April 27 that its launch in Japan “will be changed this summer.” The company declined to be more specific.

Nikkei reported that the launch will be pushed between July and September.

Nissan blamed the delay on the “continuing shortage of semiconductors and supply chain disruptions due to the spread of COVID-19.”

The launch in the US was originally planned for this spring. Nissan declined to comment on the launch for other markets. The revised Z car mainly targets the US and Japanese markets.

Nissan announced separately on April 27 that production in Japan fell by 44% in March compared to a year earlier as the global supply chain crisis continued.

The industry is facing problems

The retro-style sports coupe is a key plaque in the company’s “Nissan A-to-Z” product blitz, which aims to rejuvenate an aging line with a steady stream of new offerings.

A is the new Ariya electric crossover, and Z is the new sports coupe.

Ariya’s arrival was also canceled from the program.

Deliveries of the all-electric SUV are starting to appear in Japan, but Ariya will not arrive in the US until the fall.

Nissan has doubled on the 2023 Z, making the seventh generation the most powerful in the line’s history, a 3.0-liter twin-turbo speedster V-6, blowing fire, delivering 400 hp.

Both Ariya and Z are manufactured at the Nissan Tochigi assembly plant north of Tokyo. Ariya is built on a line that has been completely renovated to produce electric vehicles. Z is made on a separate line that also produces GT-R sports cars and sedans for Infiniti.

Also on April 27, Nissan announced the price on the Japanese market for the future Z.

The car will start at $ 41,100, including the consumption tax, and will reach $ 54,600 for the top Proto Spec, with a nine-speed automatic transmission.