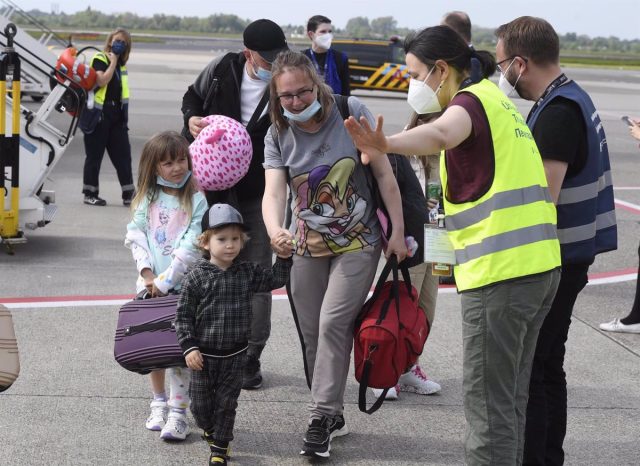 Follow here live the latest news about the war in Ukraine after the invasion of Russia ordered by Vladimir Putin. This live is active from May 3, 2022. If you want to check previous news, visit the live before that date.

Ukraine’s offensive has already served more than two months. The latest change is the evacuation of civilians from Mariupol: the UN and the International Committee of the Red Cross (ICRC) have managed to successfully evacuate 159 civilians, among the 101 from the Azovstal plant who “have seen the sunlight after two months” underground and 58 others who have joined the convoy in Manhush, on the outskirts of the city. The mayor of Mariupol warns that another 200 civilians are still trapped in Azovstal.

The Pope has revealed that the Prime Minister of Hungary, Viktor Orbán, told him on April 21 during their meeting in the Vatican that “the Russians have a plan, that everything will end on May 9.” Follow here the latest news about the war.