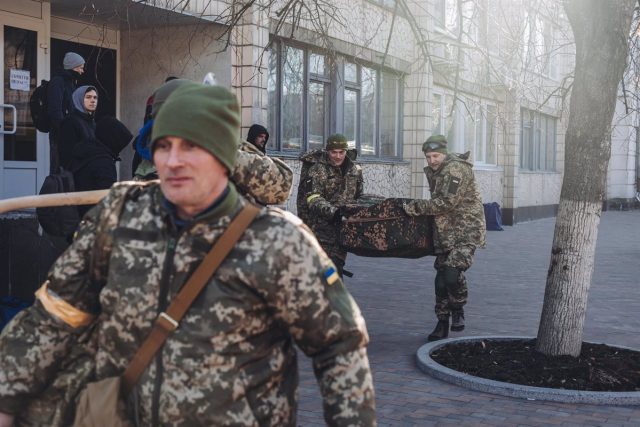 The deputy director of the Russian Federal Security Service, Vladimir Kulishov, reported this Friday that the country has decided to reinforce its military deployment on the border with Ukraine.

“The situation remains difficult at the moment, mainly due to shelling by Russian security guards, as well as intimidation by Ukrainian nationalists, who carry out artillery strikes against infrastructure on Russian territory,” has explained.

Read:  Beijing denies that Biden and Xi spoke during their phone call about the situation of Uighurs

As a consequence, he has warned, the loss of human lives and “acts of destruction” have been recorded, he indicated during an interview with the newspaper ‘Rossiyskaya Gazeta’.

He also stated that “in order to prevent armed provocations and guarantee security on the border with Ukraine, the units of the border agencies have been reinforced and additional checkpoints have been temporarily deployed.”

Kulishov added that the decision was taken “in connection with the continuing threats of sabotage and terrorist acts by representatives of the Ukrainian special services.”

In addition, he has accused “Ukrainian radicals” of trying to enter Russia “posing as refugees.” “Nationalists and extreme right-wing radicals are trying to enter our country, including some who have participated in hostilities in southeastern Ukraine,” he lamented.

Read:  Boric calls for a "joint reaction" of Latin America to a possible coup in Brazil during elections

In this regard, he stressed that the flow of refugees from Ukraine has increased significantly, especially since mid-February, the date from which “more than 1.2 Russian and Ukrainian citizens have entered the country.”