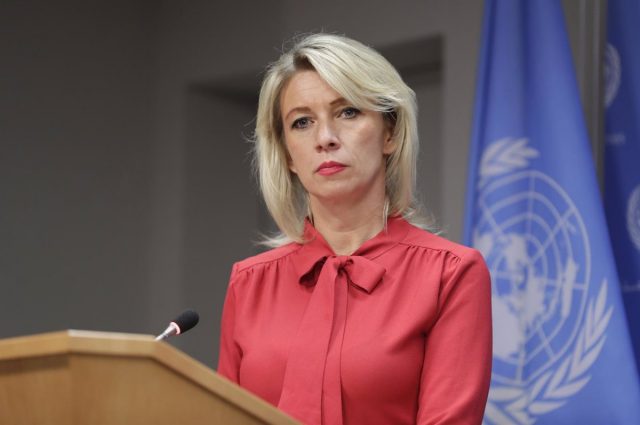 The Russian government said Thursday that the “image” of Ukrainian President Volodimir Zelensky is “rotten” and criticized the “promotion” by Western media of the figure of his wife, Olena Zelenska, after the publication of a photo report in ‘Vogue’.

“Have you noticed how the Western media promote Zelenski’s wife?” asked Russian Foreign Ministry spokeswoman Maria Zakharova. “A visit to the United States, magazine covers, photo shoots in a bunker,” she has maintained.

Thus, she has stated that “even the president of Ukraine now gives interviews with his wife as the protagonist.” “The motive is banal. Zelensky is tired and the world audience does not perceive him”, he said, before stressing that “the paramilitary image cannot be changed to another one without an impossible victory”.

Read:  At least eight people killed by floods in Yemen in recent hours

“They have also failed to present a new communication format. Zelenski’s appeal is totally exhausted, his image is totally rotten, so it is no longer served without a condiment. Now the political dish on the menu is ‘Zelenski under Olena’,” he has concluded.