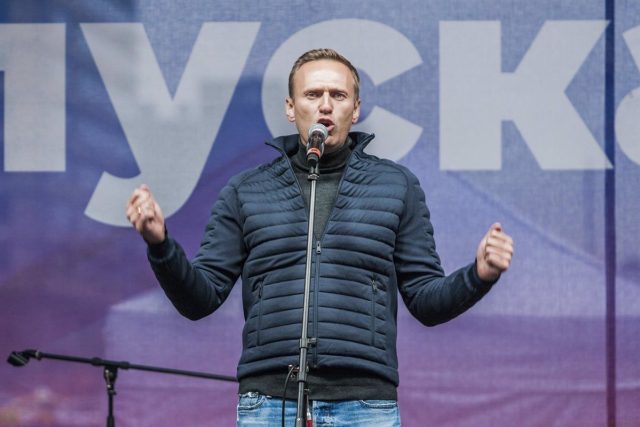 The Russian authorities have included this Tuesday the opposition leader Alexei Navalni and four of his collaborators in a list of terrorists and extremists of the Federal Agency for Financial Supervision (Rosfinmonitoring).

The measure affects, in addition to Navalni, the lawyer Liubov Sobol, the former manager of the Foundation for the Fight against Corruption (FBK) Viacheslav Guimadi, the former head of investigations of the organization Gueorgui Alburov and also a former employee of the Ruslan agency. Shavedinov.

The decision comes days after two other Navalni collaborators were included in this list, which means that these people cannot speak to the media, organize events, participate in elections and publish information on the Internet, according to the Russian agency. Sputnik news.

The FBK, founded by Navalni, was outlawed by the authorities in June 2021, after being declared an extremist organization by a Moscow court. The NGO was also listed as a foreign agent.

Navalni was jailed in January 2021, when he returned to Moscow from Berlin, where he had been recovering from a poisoning that he and Western governments blamed on Russian President Vladimir Putin’s security service. The Kremlin denies any responsibility.

The opponent was imprisoned for having violated the rules of conduct imposed in the probation file in the framework of the Yves Rocher case, for which he was sentenced in 2014 for corruption.

Read:  Zelensky praises the Ukrainian resistance to the offensive of the "second Army in the world"