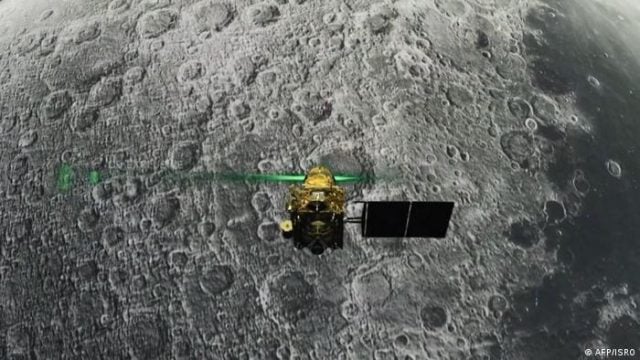 SpaceX has become the world’s largest space launch company in the past few years, providing services to both NASA, for sending supplies and even astronauts to the International Space Station, as well as services to private companies wishing to place objects in orbit. One of these missions in 2015, carried out for the US Oceans and Atmosphere Administration, will have an unexpected end only in 2022, after part of a Falcon 9 rocket crashes on the moon.

On February 11, 2015, SpaceX launched DSCOVR, a probe that monitors the sun from a fixed orbit. The mission took off from Cape Canaveral with the help of a Falcon 9 rocket. This was also the first interplanetary mission that SpaceX carried out, and that came with a series of unknowns. As a result, the secondary booster (stage 2) could no longer be placed in Earth orbit, as is generally the case with space missions due to lack of fuel. It remained in the space between the earth and the moon, drifting.

The four-ton object has been in a chaotic orbit all this time, but its journey through space will most likely end in early March. Jonathan McDowell, an astronomer at the Harvard-Smithsonian Center for astrophysics, says the old SpaceX rocket will crash to the surface of the moon on March 4 and create a new crater. However, this event may not be observed from Earth, as the impact will take place at the satellite’s equator, two days after the New Moon.

The impact will take place at a speed of about 2.58 km / s and will be the first accidental impact of a human object with the Moon. Other objects that crashed on the moon in the past were part of missions to explore the satellite, but in this case, its proximity is just an unfortunate coincidence.

Read:  Oppo Reno8 Pro to get a special "House of the Dragon" edition

Jonathan McDowell says on Twitter that this event is not “important”:

For those asking: yes, an old Falcon 9 second stage left in high orbit in 2015 is going to hit the moon on March 4. It’s interesting, but not a big deal.