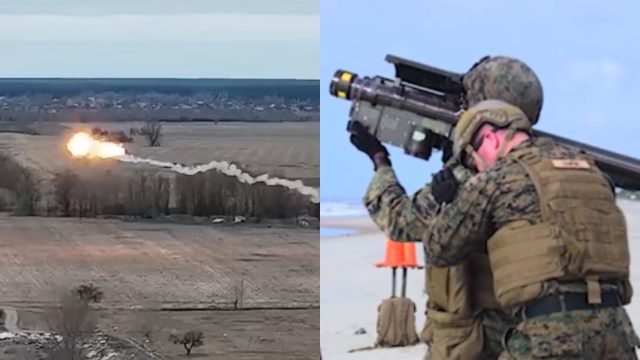 Many times, when Stinger ground-to-air missiles are launched, such as those successfully used by Ukrainians against the Russians, the soldiers put their cheeks on the launcher tube.

The system is equipped with a speaker that notifies operators whether or not the rocket is aiming. When there is a lot of noise around, especially during fights, the sound can no longer be heard clearly.

For these situations, the Stinger system is equipped with a device that transmits sound through the bone. The system is similar, though much simpler, to that used in bone conduction headphones. One of the soldiers operating the launcher puts his cheek in the special area and “feels” the signal through the cheek bone.

So far, the Stinger missiles have destroyed 270 aircraft in all the conflicts in which they were used. The system is extremely efficient and economical. A unit costs about $ 120,000. By comparison, a Russian Suhoi Su-34 plane costs $ 40-50 million. Ukraine claims to have shot down five such aircraft. At least one was hit by a Stinger rocket.

FIM-92 Stinger is a man-portable air-defense system (MANPADS) that can be operated by a single person. The device can also be mounted on land vehicles or helicopters. The system entered active service in the United States in 1981 and is used by armies in 30 countries.

The rockets used by Stinger are of the “infrared homing” type, ie they pursue targets that generate heat. Infrared radiation is emitted by hot bodies, such as the engines of airplanes, drones and helicopters.

The system is so efficient that Ukraine has demanded 500 units a day from the US. Unfortunately, stocks are limited and may be depleted soon. The FIM-92 Stinger is no longer in production, and Americans may need to replace it sooner than they originally intended in 2030.