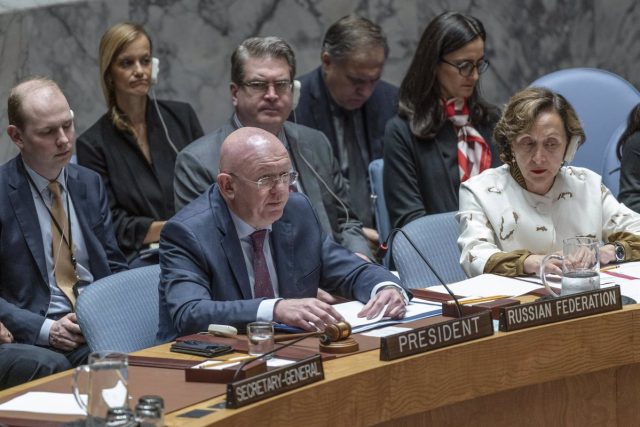 Russia’s representative to the United Nations, Vasili Nebenzia, has rejected before an international forum of the UN on migration, that the accusations against Moscow about the forced transfer of Ukrainians to Russian territory.

Thus, Nebenzia has recognized that, since the beginning of the war in Eastern Europe, more than 1.3 million Ukrainians have been “voluntarily evacuated” to Russia from “dangerous” areas of the Donbas regions.

Read:  Ortega accuses Catholic Church of "perfect dictatorship" and of supporting "a coup d'état" in Nicaragua

The Russian official has pointed out that, of these, more than 230,000 are children, and has announced that the Russian Government has received “more than 2.7 million requests” for the evacuation of citizens in Ukraine, according to the Russian agency TASS.

On the other hand, Nebenzia has denounced that there is “evidence” that Ukrainian refugee women and children in Europe have been victims of human trafficking networks.

“International structures are obliged to ensure that Ukrainian women and children who ended up in Europe do not become victims of European organized criminal groups engaged in human trafficking,” he stressed.

Read:  Kyrgyzstan raises death toll to 62 on its side in Tajik border fighting