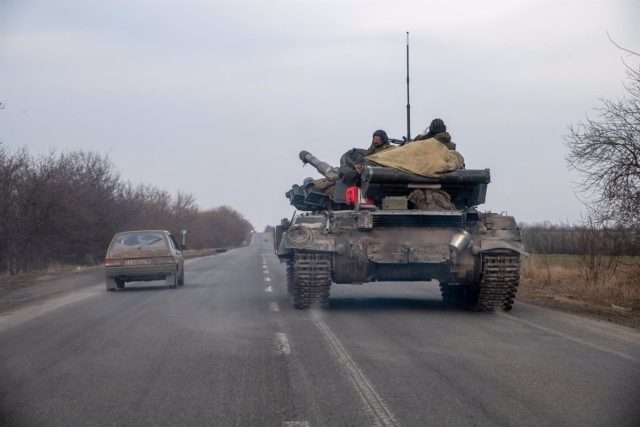 A tank of the Russian Army in the surroundings of the city of Mariupol, in southeastern Ukraine – Maximilian Clarke/SOPA Images vi / DPA

The Russian authorities have reported this Thursday that they have destroyed 1,001 military targets of the Ukrainian Armed Forces in a series of attacks carried out in the last day.

The spokesman for the Ministry of Defense, Igor Konashenkov, has indicated that among the targets hit are 58 command posts, according to a statement. In addition, Russian forces have pushed back the Ukrainian army in dozens of locations, according to Moscow.

Read:  Ukraine assures that several cities in the south of the country have been bombed by Russian forces

“The operational and tactical forces of the air division have hit about twenty targets where military equipment and personnel were accumulated in the Shnurki, Novonikolaevka and Aleksandrovka areas,” he said.

Thus, Konashenkov has pointed out that thirteen Ukrainian drones have been destroyed by Russian air defense systems in areas of Berezovaya, Brajkovka, Verjnetoretskoye, Debrovka and Kiselevka, among others.

“As a result of rapid and coordinated action, the destruction of urban and residential infrastructure has been avoided,” he said, before clarifying that since the invasion began, 140 planes and 106 helicopters have been shot down, in addition to 511 drones.

Read:  Ukraine announces agreements for the opening of nine humanitarian corridors this Tuesday