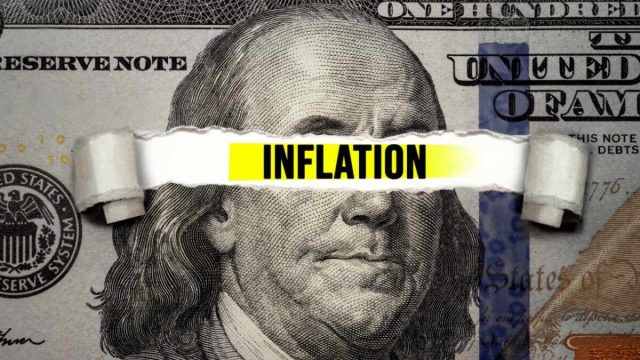 The International Monetary Fund (IMF) expects the U.S. economy to experience high inflation for at least another year or two. “I would be cautious about looking at a single data point for the U.S.” cautioned Gita Gopinath, the IMF’s first deputy managing director.

IMF on the U.S. economy and global inflation

Responding to a question about whether global inflation has peaked, she said, “I think it’s too early to tell. Yes, we have inflation almost everywhere. There are important exceptions, like China and Japan, but everywhere else we have high levels of inflation.“The IMF official added:

There are global factors like energy prices and food prices that are driving inflation, but there are also more rigid components of inflation that are high.

On Friday, Federal Reserve Chairman Jerome Powell stressed in his annual Jackson Hole speech that the central bank will use its tools “with force“to address inflation, which remains near its highest level in over 40 years. He expects the Fed to continue to raise interest rates in a way that will cause some pain to the U.S. economy.

Read:  Celsius: The story and fall of a DeFI giant

Commenting on Powell’s speech, Gopinath commented, “What was great was that he came across as firm and committed to bringing inflation back to target, making sure that inflation expectations are not thrown off track, and that is, I think, exactly what you need to make sure that the economic health of the world is good over the medium to long term.“

The latest personal consumption expenditure (PCE) inflation data was released on Friday. The PCE price index showed a year-over-year increase of 6.3 percent in July, up from 6.8 percent in June. The PCE index is the Federal Reserve’s preferred measure of inflation.

Read:  Uniswap needs more than $100 million to expand its existing range of services

“I would be cautious about looking at a single data point for the U.S.“, Mr. Gopinath emphasized.

“I think last year at this time there was a good inflation reading and everybody thought we were on the way down in inflation. And then in October, inflation went back up. So I think we have to be wary of a single inflation reading“, stressed the IMF’s first deputy managing director, noting:

We are in a period where inflation is likely to be high for some time, at least for another year or two.