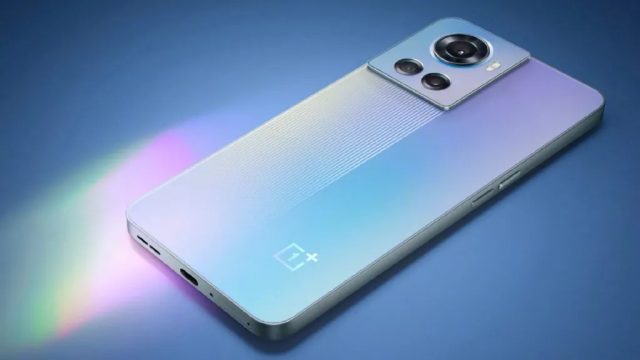 OnePlus has officially announced the OnePlus Ace model in China. This seems to be the alternative for this region to the OnePlus 10R model, which will soon be launched in India. For this reason, we may not see this model launched in other parts of the world, but rather a modified version, adapted for the global audience. The new phone comes with a different design from other models of the company, as well as with a high performance configuration, but also with an extremely fast charging, with power up to 150W.

OnePlus Ace comes with straight edges on the sides and a flat back and full screen, similar to what we see on the iPhone 12 and iPhone 13 series. It seems to use the hardware platform of the Realme GT Neo3 inside, with a slightly different camera module . Most likely the construction is made of plastic on the back. In terms of hardware configuration we are dealing with a MediaTek Dimensity 8100 Max, the same chip exclusive to the brand, which was originally announced for the OnePlus 10R in India, along with a 4,500 mAh battery with a charge of 150W. Apparently, you can power the phone to 50% power in 5 minutes, so a full charge should take just over 10 minutes. According to OnePlus, the high power will not shorten the battery life more than charging so far. In fact, it is promised to keep 80% of the initial capacity after 1,600 charging cycles, ie after 4 years of use.

Read:  The Benefits of Cryptocurrency in Online Casino payments

We are dealing with a 6.7 ”OLED screen at 120 Hz, up to 12 GB of RAM and up to 512 GB of internal storage, something that OnePlus doesn’t really offer even on its premium high-end models. Being a version sold in China, OnePlus Ace will have ColorOS 12.1 pre-installed, not OxygenOS, as in the rest of the world. The camera uses a 50 megapixel sony IMX766 sensor, along with an 8 megapixel ultra-wide camera sensor and a 2 megapixel macro camera.

But the price is very attractive. You get an average high-performance phone for only 2,499 yuan, the equivalent of 355 euros.