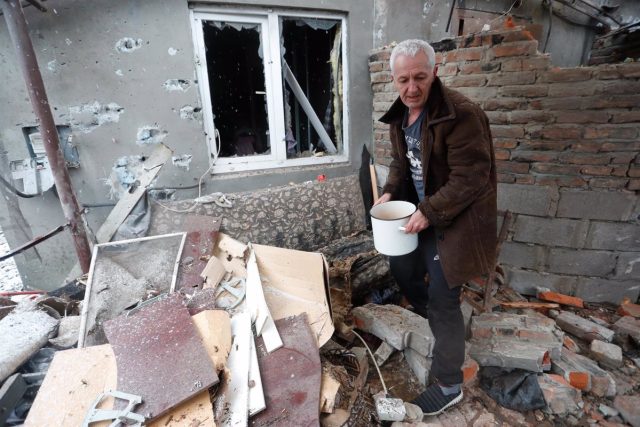 File – A man stands in front of a house damaged by the fighting in Donetsk, eastern Ukraine – V ICTOR / XINHUA NEWS / CONTACTOPHOTO – Archive

The Russian authorities have announced this Friday that they will create a “special office” in charge of the reconstruction of the “liberated zones” in the self-proclaimed republics of Donetsk and Lugansk and other areas of Ukraine invaded in the framework of the military offensive launched at the end of February .

“We have created a special office that includes all interested bodies,” said Russian Deputy Prime Minister Marat Jusnullin. “We have tasks for a day, a week, a month, before New Year. We set the jobs,” he has said.

Read:  Borrell warns that the Balkans are a "battlefield of ideas" for Russia

Thus, he has detailed that among these efforts are the restoration and homes destroyed during the fighting, as well as repairing the economy in the affected territories, according to the Russian news agency TASS. “A series of measures are prepared to relaunch the financial system more quickly,” she assured.

“There are many questions about agriculture, so we are working constantly. The goal is to get the data as soon as possible so that the territories can return to normal economic life,” said the Russian deputy prime minister.

For his part, Russian Defense Minister Sergei Shoigu has assured that Russian forces and militias from the self-proclaimed republics of Donetsk and Lugansk are increasing their control of territories in the Donbas region.

“The liberation of the Lugansk People’s Republic is almost complete,” he argued, before criticizing that “the Ukrainian Armed Forces, trying to delay the advance of Russian troops, do not allow residents to leave the cities and villages to use them as human shields.

“After suffering defeats on the ground, the kyiv regime seeks to achieve short-term successes in some areas to present them as great successes,” he assured, as reported by the Russian news agency Interfax.