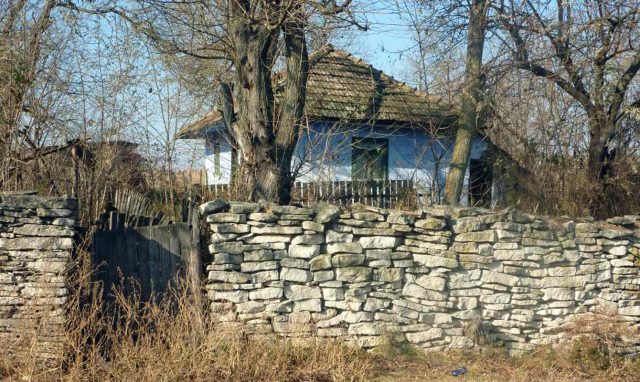 Romania has many unique places, and among them is the “stone village” which is where the map hangs. Find out details about this legendary world in northern Romania.

Somewhere on the banks of the Prut, 80 kilometers away from Botosani, is located Mitoc commune. This place is one where you can only live with hard work, given the harsh conditions here. However, the place is famous for its diligence, but also for its unique constructions.

The village of Horia is located on the banks of the Prut, and any traveler who arrives in his lands will surely have the impression that he has entered a world of legend and full of mysteries. The first thing that can be noticed as soon as you are here are the houses.

They seem to be part of a completely different world, with fences made of stone. Also, in some cases, the houses are made of the same material. They are small in size and have traditional roofs. Both the foundation and the cellars and walls are made of stone, of a special beauty.

Read:  Cars without steering wheel and pedals, legal: only now will you see truly autonomous cars

Lately, however, the locals have started to cover the houses with plaster, hiding the stone walls, in order to give it a more modern look. However, the fences, stables or huts are still made of stone.

“It’s been a long time since the world and the earth have been here. The wood is hard to find and the stone is long on the banks of the Prut. Just be diligent, do what you want. So is tradition. Who knows when it started, ”said a local, Santa Dumitru, who is over 80 years old.

The stone is removed by the locals from the banks of the Prut, and the authorities claim that the whole village is on a stone deposit. Agriculture and animal husbandry are the livelihoods of the villagers. They work hard to feed their families.

The villagers of Horia are known as stone men. Many of them were stonemasons, being able to work by hand and with only a few rudimentary ones. This work, although very difficult, is what helps them live.

Read:  The news of the morning for Dacia fans: it has solved the biggest problem, it can be seen in the production

The “stone village” in Romania

However, because of the machinery, fewer and fewer manage to sell the stones on which they deposit this titanic work. Their technique is special because they do not use binder, but only put stone on stone that is left to settle.

Although no one knows where this custom of stone construction comes from, it is the only material that people have at hand in that area. Even so, owning one is still beyond the reach of the average person.

Former ethnographer Margareta Mihalache is said to have found some evidence of the connection between the inhabitants of Horia and the Celtic villages of Brittany, Wales, Scotland and Ireland. The villagers believe that this tradition comes from the Dacians who lived there two thousand years ago.