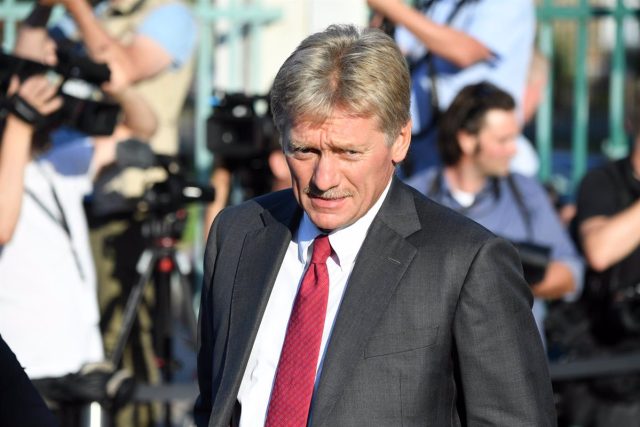 The Kremlin spokesman, Dimitri Peskov, has accused the European Union of having lost its independence and “following the trend” set by the United States in reference to the various rounds of sanctions applied against Russia in response to the invasion of Ukraine, which began already a hundred days.

“Unfortunately, Europeans are rapidly losing their independence. They must follow the trend established from across the ocean,” Russian President Vladimir Putin’s spokesman said, according to the TASS news agency.

The EU has formally adopted this Friday sanctions against 65 individuals and 18 entities involved in the Russian invasion of Ukraine, including several people considered to be from Putin’s closest circle, and even relatives of politicians such as the Peskov wife and children.

In this sense, the Group of Twenty-seven has followed the path opened by the United States, which already in mid-March announced the imposition of sanctions against the family of the Russian presidential spokesman.

In total terms, the EU has applied sanctions against 1,158 people and 98 Russian entities since the annexation of Crimea in 2014 and is by far the most extensive sanctions regime put in place by the European bloc. People on the list are subject to an asset freeze, and EU citizens and companies are prohibited from making funds available to them, as well as being barred from entering or transiting EU territories.

Read:  Six months after the Taliban took power: reduction of rights and deepening of the humanitarian crisis in Afghanistan