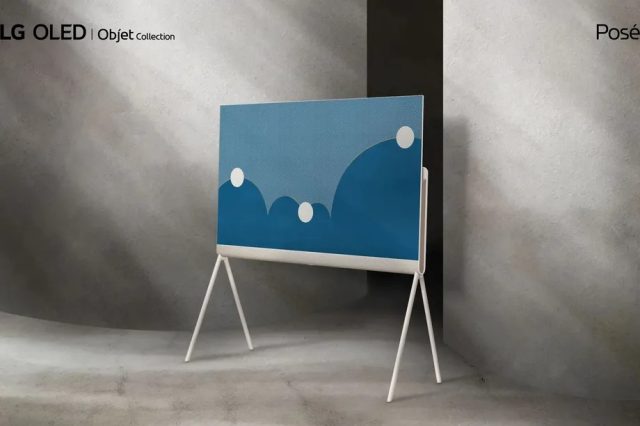 This year at CES, LG unveiled its new “decorative” TV series from the Objet Collection series, which competes directly in the market with Samsung’s Lifestyle models, such as The Frame, The Sero or The Serif. The newest member of the Objet collection is called Posé and seems to compete directly with The Serif, being a TV that you can install on all fours, to have both a practical and a decorative role, due to the unusual design, but still minimalist.

Posé, like the Easel model, which offers a design that “leans” against a wall rather than being mounted on one, is an OLED TV that comes in three sizes. It seems to be inspired, at least on the inside, by the C2 series, being available in variants with a diagonal of 42, 48 and 55 ”, these being the smallest dimensions of the traditional mid-range range from LG.

Read:  Soon, any merchant will be able to use their own iPhone as a POS terminal for contactless payments

Unlike other LG TVs, this model does not adopt straight lines for design, but rather tries to integrate curved surfaces. Thus, in addition to the upper corners, the TV is curved at the bottom, and this surface extends to the back, covering the area with internal electronic components. The two side legs are also very rounded.

LG Posé benefits from a Gallery Mode, like other company models, which displays various images or pictures when the TV is in standby, to complete the “decorative” electronic device package in the space in which it is installed.

Read:  Global smartphone production slowed by 11% in Q3-2022, heralding tough times ahead for the industry

There is no price for the LG Posé yet, but it can’t be too low. This is because the LG C2 models, which seem to share the same internal components, are already starting at prices of over 1,500 euros in the mentioned dimensions. Given that it is a product built in a limited series, with a different design and decorative object aspirations, the price could be much higher when it reaches the market.