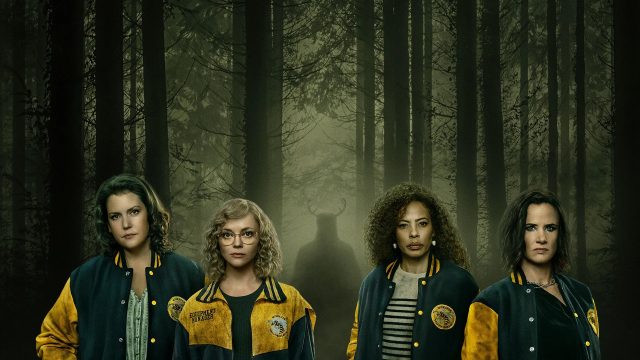 Obviously, in 2022, it cannot be said that we have nothing to look at online. However, I choose to review the Yellowjackets today – more or less biased.

I admit, I waited to see “Yellowjackets” with all my heart, because the trailer seemed like one made for a serial film that deserves all the attention, both in terms of the script and when it comes to distribution.

It took me three days of binging to finish it, but with the same sincerity I declare that, in some places, I lost myself – in the sense that my mind temporarily managed to escape to other realms, all so that, on my return, I found that I lost nothing, so I can understand what it’s all about.

Read:  VIDEO Rob Zombie gives color to a classic: what the new The Munsters will look like

“Yellowjackets” is not a bad series, but not an exceptional one

I don’t want to be misunderstood, “Yellowjackets” can’t be categorized as a “stupid” movie. However, it is not a masterpiece, since the script has syncope, even more than that, I could swear that some of the ideas “wow” in this series, I’ve seen here and there .

“Yellowjackets” tells the story of a women’s soccer team from an American town that embarks on its journey of initiation. The plane, in which all the members of the team are in, crashes in a forest, in the middle of the desert, and the girls, together with their coach, but also with the son of the “financier” of the team wake up in the position of trying to resist in a somewhat hostile environment.

Read:  Important news for all drivers in Romania: there are several variants of RCA

In parallel, some of the survivors are also portrayed at the age of maturity, at the very moment when the past brings them back together, whether they like it or not.

The cast includes, quite miraculously, quite big names in world cinema, including Juliette Lewis (as the rebel Nat) and Christina Ricci (as the annoying Misty). Also here, we can see the nice actress Melanie Lynksey (as the introvert Sophie), whom we already know from “Two and a Half Men”.