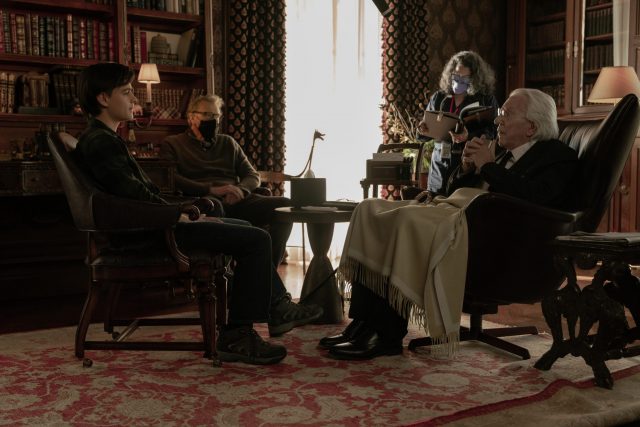 Stephen King is perhaps the most prolific writer of horror and thriller novels with psychological overtones of all time. Like him or not, you’ve obviously heard of him, and more than that, you’ve most likely seen at least one movie made from his writings, if not several.

The most recent screen adaptation of a Stephen King work is called Mr. Harrigan’s Phone and you can see it, right now, on Netflix.

Mr. Harrigan’s Phone has a screenplay inspired by Stephen King’s novel of the same name. The problem is that although the film is of a normal size for a feature film, the word “novella” (small work) perfectly describes the inconsistency of the script.

Read:  Stephen King gives Manifest writers a tip after the show was 'brought back to life' by Netflix

At best, King could have made a miniseries with Mr. Harrigan’s Phone as the name of one of the episodes. The details are simply too few for a feature film.

Then I found with some sadness that Mr. Harrigan’s Phone bears a striking resemblance to another of his works called Apt Pupil, the “major” difference being that in the former we are talking about a rich old man with a sinister past (Mr. Harrigan, played by Donald Sutherland), and in the latter about an old Nazi trying to hide his true nature in an attempt to pass unobtrusively into the United States of America.

In both cases, we are talking about children befriending elderly characters of questionable morality, although in the case of Mr. Harrigan an attempt is made to sensitize the audience, the author trying to give him a natural explanation, even if, as mentioned above, incomplete and inconsistent.

The main character in Mr. Harrigan’s Phone is played by Jaeden Martell, whom the author has previously preferred in the IT remake.

If you’re a Stephen King fan, I still recommend, at least for your general knowledge, watching this movie. However, be prepared not to be impressed.