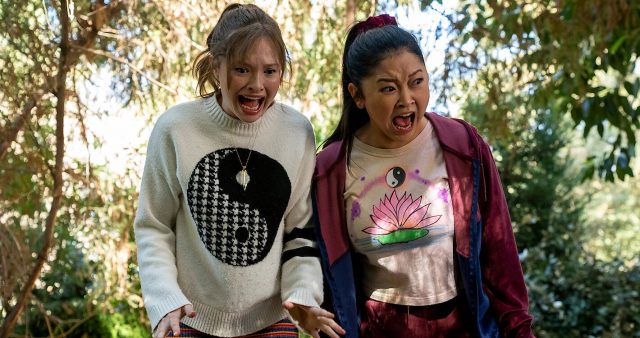 Obviously, I’ve chosen to censor the name, as common sense rules demand, but if you type “boo” into Netflix, you’ll find exactly the show I’m referring to. Plus, I’ll leave you an official trailer at the end, right after I’m done talking about this show.

Boo, B*tch, the Netflix series you watch in its entirety on a Sunday

Perhaps I should mention at the outset that if you haven’t seen The Sixth Sense yet, you might want to skip this show, since in one episode you’re told how the famous Bruce Willis movie ends.

Read:  Your Netflix account, used by friends, will cost you dearly: the countries where it has already started to appear on the bill

But if you’ve seen The Sixth Sense already, there’s no reason to avoid it, especially if you have the time and inclination to watch it.

Obviously, we’re talking about a teen show, but miraculously it gives you a different kind of story, one with ghosts – not as you knew them, though.

You also get a nice twist at the end that you might guess from the first three episodes. Even so, you won’t mind this, on the contrary, you might feel a sense of empathy for certain characters.

This Netflix series is, by and large, a story about acceptance and non-acceptance, teenage mischief metamorphosed into 2022, and life in general.

It certainly won’t take you more than a day to watch it head-to-head, and I guarantee it will give you a certain amount of good cheer, seasoned with a bit of nostalgia for the times when you were in high school yourself.