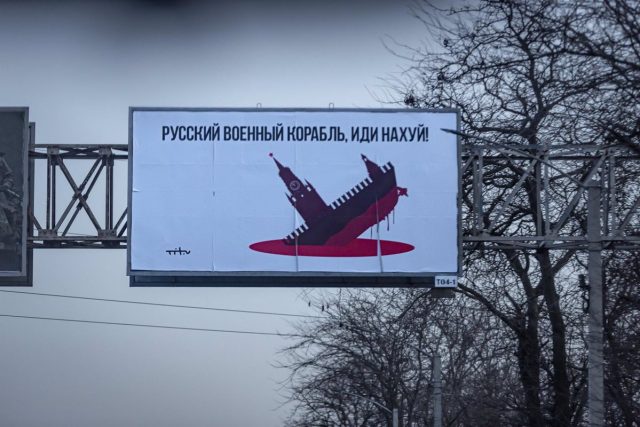 Ukrainian authorities claim responsibility for the attack on the ship

The crew of the ship ‘Moskva’, which operates in the Black Sea and is equipped with cruise missiles, had to be evacuated after registering a fire caused by the detonation of ammunition, according to the Russian news agency TASS.

“The ship was seriously damaged. The crew was completely evacuated. The causes of the fire are being established,” the Defense Department said in a statement, as reported by the Interfax news agency.

Read:  Peru's Prime Minister puts his post at the disposal of President Castillo for "personal reasons".

The Russian authorities, who have not clarified the place where the ship is located or the type of ammunition, have launched an investigation to clarify the origin of the fire, as reported by the Russian newspaper ‘Kommersant’.

Earlier, the head of the Odessa regional state administration confirmed that it had been a Ukrainian attack carried out by ‘Neptune’-type missiles, which had caused serious damage to the Russian ship.

“It has been confirmed that the ‘Moskva’ missile ship today went exactly where it was sent by our border guards on Snake Island,” he said on his Telegram channel, referring to Russia offering to surrender to the “defenders” of this island.

Read:  Analyses indicate that Russia could be flaring a surplus of almost ten million euros of gas per day

The information about this incident was also indirectly confirmed by Oleksiy Arestovich, adviser to the Presidency of Ukraine, who said that there were 510 crew members on board, according to the Russian and Ukrainian press.

‘Moskva’ is the flagship of the Russian fleet in the Black Sea. She was put into operation in 1983 under the name ‘Gloria’. In 1996, the cruiser received the current name from her. The ship’s main attack armament is 16 P-1000 Vulkan missile launchers.