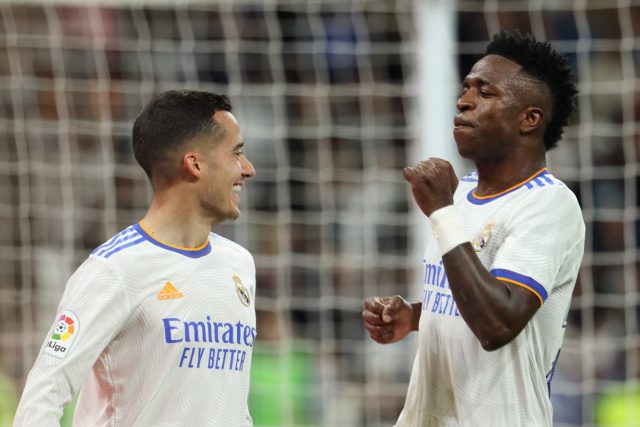 Real Madrid had no problems beating Getafe this Saturday in a very serious match for Carlo Ancelotti’s pupils, who consolidate their status as leaders in the Santander League and rebuild their confidence three days after receiving Chelsea in search of the semifinals of the ‘Champions League’.

The party continues in Chamartín after the blur of the ‘Clásico’. Since then, the swerve has been evident: Three games and three victories, among them, the 1-3 at Stamford Bridge that has received praise from all over Europe for that magnanimous victory led by Karim Benzema, who also did not miss the appointment this Saturday .

Ancelotti gave half rest. He saved Kroos, Modric, Mendy, but put Vinicius and Benzema in the running. It was about taking a bite out of LaLiga and then thinking about Chelsea. With that attitude and that ‘champion mode’, Real Madrid entered the field, eating up their rival under pressure and closing any exit for the azulones.

Three minutes later, Benzema gave the warning with a goal disallowed due to an offside that was difficult to explain. The Frenchman received the ball from a rival but the referee decided to cancel the play without even attending the VAR. After a quarter of an hour it was Valverde’s turn, who forced David Soria to fly to stop a chopped volley. And two later Vinicius tried.

The domain was total during that start of the match, where the objective was clear for the meringues, to resolve quickly and think about Tuesday. But Getafe, who have their needs, did not make it easy and held on with integrity until there were seven minutes left before the break. The whites resorted to the lateral centers to investigate a new access route.

In an exquisite cross from Vinicius, who put the ball into the area with the outside of his boot, Benzema did not arrive but Casemiro did appear with a header that knocked down the resistance from Getafe. Minutes later he tarnished his great game with a yellow card that will prevent him from playing next week at the Sánchez-Pizjuán.

Real Madrid did not slow down in the second half and, in order to avoid any fear, pressed the visiting defense in search of an error that would sentence the match. On several occasions he cornered ‘Geta’, who was able to come out unscathed until with 20 minutes remaining it was 2-0 in a good combination between Lucas Vázquez and Rodrygo.

It was the Galician who scored with his left foot after adjusting to the long post and allowed the mind to move to Chelsea and the chants of a Bernabéu that began to encourage Tuesday’s return. There was also time for Gareth Bale to have a few minutes to relieve Benzema, almost two years later the Welshman stepped onto the lawn of the merengue arena with the consequent whistle.

Read:  Álex Márquez: "The Circuit is an opportunity to take a step forward"

Quique Sánchez Flores’ men, with a four-point lead over relegation, never gave up but were unable to get their hands on the orderly Merengue defense. Not even in the 90th minute when Enes Unal crashed the ball into the base of the post. The 2-0 did not move and the victory stayed in the capital of Spain. Real Madrid, more leader before Chelsea.