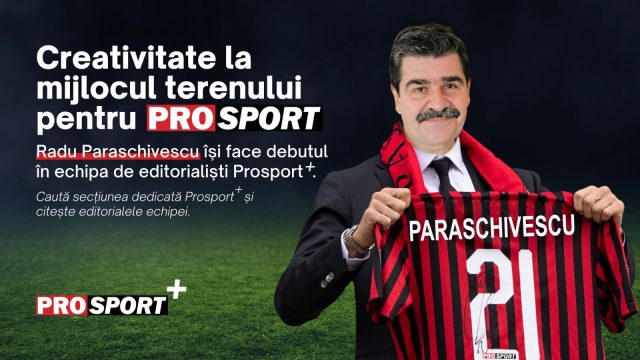 He has written texts for over twenty collective volumes. He collaborates with Digi FM and Rock FM radio stations, as well as with Digi Sport TV. He writes rhythmically for “New Money” and sometimes for “Old Dilemma.” He made the podcast “Vorbitorincii” in collaboration with Cătălin Striblea.

He has over 3,500 articles written in over twenty publications. He is in love with France, Italy and Portugal (in alphabetical order), as well as the music of Mark Knopfler and David Gilmour, which he always considers assortable with a white wine or a slice of Doboş cake from which the icing cannot be detached in any form. .

ProSport.ro is the site that Romanians spent the most time in March, with an average of 16 minutes and 25 seconds, according to data provided by SATI (Audience and Internet Traffic Study).