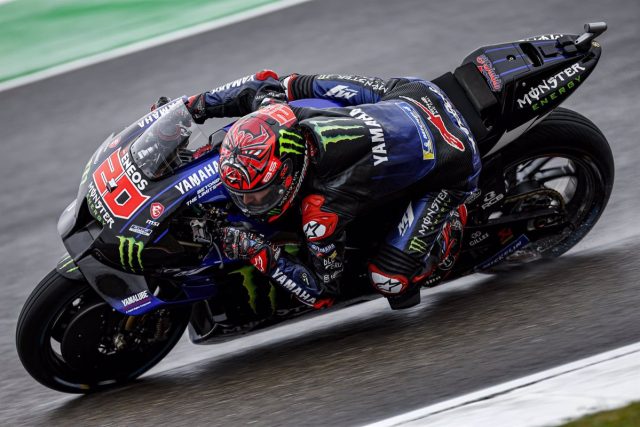 The Frenchman leads the standings with the same points as Rins

The French rider Fabio Quartararo (Yamaha) won the Portuguese Grand Prix MotoGP race this Sunday, the fifth round of the Motorcycle World Championship and which allows him to become the new leader of the championship tied on points with the Spanish Àlex Rins (Suzuki), who staged a spectacular comeback to fourth place, while Aleix Espargaró (Aprilia) climbed onto the podium, third.

‘El Diablo’ once again dominated the Autodromo Internacional do Algarve, as was the case in 2021, and took advantage of the fall of the Italian Enea Bastianini (Ducati), who arrived at Portimao as the leader, to take the lead in the general classification of drivers of the queen category.

Read:  Marc Márquez: "I have to understand the limits of this bike"

Thus, he rules with 69 points, the same ones that keep Rins in second position. The Catalan exhibited his expertise on the Suzuki to go from the twenty-third starting position, to which he was forced after his poor choice of tires, to the fourth final, only surpassed by the Nice rider, also French Johann Zarco (Ducati ) and Aleix Espargaró, whose third place leaves him third in the championship, three points behind the first two.

With the overcast sky threatening the participants in Portimao, Rins rose like foam from the bottom of the grid to tenth position in just one lap, while his teammate Joan Mir (Suzuki) took advantage of the bad starts of Zarco and Aleix Espargaró to get in front.

Read:  Freddy Rincón, in critical condition after a traffic accident

However, the rider from Palma did not last long in the privileged position, which took Quartararo to take advantage of the good performance of his Yamaha to command the race and not lose the lead. The problems did not end there for the Spaniard, who was definitely out of the fight after the Australian Jack Miller (Ducati), seven laps from the end, fell to the ground when he tried to overtake him on the straight and took him ahead .

In addition, Marc Márquez (Repsol Honda) won the final battle against his brother Àlex (Honda) to be sixth, while his teammate Pol Espargaró (Repsol Honda) finished ninth, ahead of Maverick Viñales (Aprilia). Neither Mir, nor Jorge Martín (Ducati) nor Raúl Fernández (KTM) managed to finish.