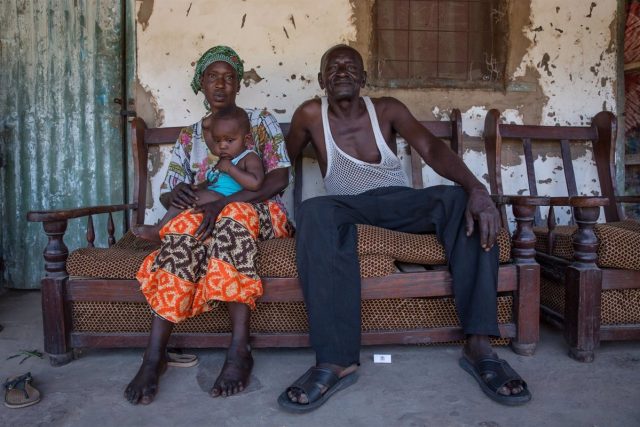 The German city of Celle becomes this coming Monday the scene of a historic trial against the atrocities perpetrated during the 1990s by the so-called ‘junglers’, the death squads created by the then president of Gambia Yahya Jamé, in what NGO such as Human Rights Watch or Reporters Without Borders describe as an extraordinary advance of universal justice and the international revelation at last of one of the most forgotten reigns of terror in the recent history of the African continent.

Bai Lowe, 46, was arrested in March last year in Hanover and is accused of crimes against humanity for participating in the murders of journalist Deyda Hydara, opposition figure Dawda Nyassi, and the attempted murder of lawyer Ousman Sillah. Lowe worked as a driver for the ‘jungleros’ patrols from 2003, the year they began their activities, until 2006. The group would remain active until 2016, the year that Jamé lost the elections and had to flee the country due to popular pressure. after refusing to leave office.

Since then, the Commission for Truth, Reconciliation and Compensation of Gambia has been revealing the spectrum of atrocities committed by this squad, accused of extrajudicial executions, forced disappearances, rapes and other sexual abuses, and of carrying out episodes as bloody as the murders fifty migrants confused with alleged coup plotters in 2005; the expression on the ground of the sinister and paranoid character of Jamé, known for calling for the beheading of homosexuals, persecuting women after accusing them of “witchcraft”, announcing herbal potions to cure AIDS and swearing that he would remain in power “for a billion years If God allows it”.

Proof of this is the testimony of some of the former members of these squads, such as Malick Jatta, accused of being the material author of the murder of the journalist Hydara and of executing the 55 Central African migrants — some of whom were suffocated with plastic bags. or dismembered with machetes–.

In his appearance before the Gambian commission in 2019, Jatta assured that he participated in these crimes by order of the president and divine mandate. “God ordered me. He has a purpose that neither you nor I understand. Everything we do comes from his decrees. I am not a bad person,” he declared, in comments collected by ‘The Guardian’.

The commission decided to release Jatta and two other defendants (Omar Jallow and Amadou Badjie) amid strong public protests. The organization justified its decision in the cooperation shown by the former paramilitaries when formally accusing former President Jamé, who has lived in exile in Equatorial Guinea for four years.

The case against Bai Lowe is not the first to take place abroad against one of these ‘junglers’, but it is the largest. Another trial opened in the United States against the paramilitary Michael Correa only charges him with the crime of torture –although the Gambian commission blames him for several murders–, and it is the first protected by the universal jurisdiction that Germany recognizes over certain serious crimes under international law. international law, allowing investigation and prosecution no matter where they were committed and regardless of the nationality of suspects or victims.

Lowe’s trial before Celle High Regional Court will run until at least early 2023 and, if convicted, he could face life in prison. As a particular note, Hydara’s son, Baba, participates as a plaintiff in the process, who hopes that justice “prevails” and that the families of the victims of the “junglers” can “obtain some consolation from this process,” according to statements collected. by Reporters Without Borders.

His father, an AFP correspondent and editor of the Gambian newspaper ‘Le Point’, was fatally shot on the night of 16 December 2004 while he was in his car with two people who worked for the newspaper. Lowe was presumably driving the vehicle in which his fellow paramilitaries who committed the crime were traveling.