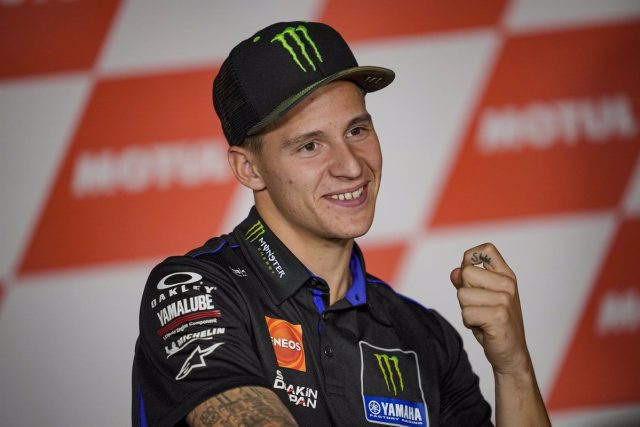 The French MotoGP rider Fabio Quartararo (Yamaha) assured this Thursday that he does not feel “pressure” for having to defend last year’s title in a World Championship where he will have to “wait a bit” to know the candidates and for him he hopes to have “more speed” on his M1.

“It’s great to be back. When the World Cup ends, the weeks go by quickly, but when you get closer to Qatar the week becomes long. My feelings are good, we expect more speed, obviously, but there is what there is and we have to give the one hundred percent,” said Quartararo this Thursday at the press conference prior to the Qatar Grand Prix.

The one from Nice believes that “it is difficult” to target the candidates for the title. “Last year there were five or six drivers, but now I could say anyone and it’s hard to focus on just a few. You have to wait a bit to see who they are,” he warned.

For the current champion, the equality that has been seen in the preseason is positive. “It is going to complicate our lives, but it is also wonderful from the point of view of the show that there is not so much difference between the drivers. Years ago there were a few in the lead and now everything is much tighter, the level of the drivers is very high. and we are all closer, it will be more fun,” he stressed.

Read:  The Catalunya Grand Prix arrives at the Circuit with additional measures for the heat

On the other hand, he made it clear that he does not feel “more pressure” to defend the throne. “I feel good, the fact of being in this room means that I have achieved something great, but I have to separate last year, which was extraordinary, from this one because now we start from scratch and it matters to be the fastest during the season with the maximum perseverance,” he said.