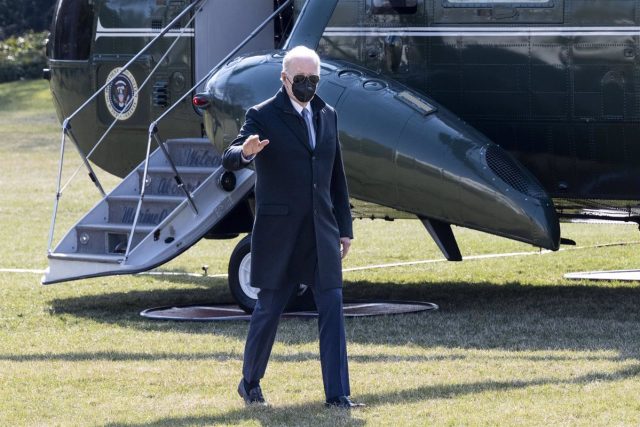 The president of the United States, Joe Biden, has indicated this Wednesday that “it is clear” that Russia attacks Ukrainian civilians intentionally, but has declined to say if he believes that Moscow commits war crimes in the context of the conflict.

“It is clear (that Russia attacks civilians),” said the US president, who stressed that, however, “it is too early” to accuse Russia of war crimes. “We will follow it closely,” he added, according to the CNN television network.

In reference to the adoption of more retaliatory measures against Moscow for the invasion of Ukraine, Biden has also reiterated that imposing sanctions on oil exports is still a possibility that is on the table. “Nothing is off the table,” she has said.

On the other hand, the US president has supported the decision of his Ukrainian counterpart, Volodimir Zelenski, to continue in Ukraine in the context of the conflict. “I think it’s his decision and we’re going to do everything we can to help him,” he said.

Zelenski has assured that he is the main objective of the Russian troops and his family, the second. The United States has offered to evacuate or relocate him to the city of Lviv, but the president has refused, repeatedly saying he wants to stay in the capital, Kiev.

For her part, the Vice President of the United States, Kamala Harris, wanted to highlight the work that “the brave Ukrainian people” are carrying out these days and has asked to remain “alert” against attacks that seek to fracture “ideals” common.

“The eyes of the world are on the brave people of Ukraine (…). They are fighting not only to defend their homes and families, but also to defend courage, freedom and their sovereignty,” Harris distinguished.