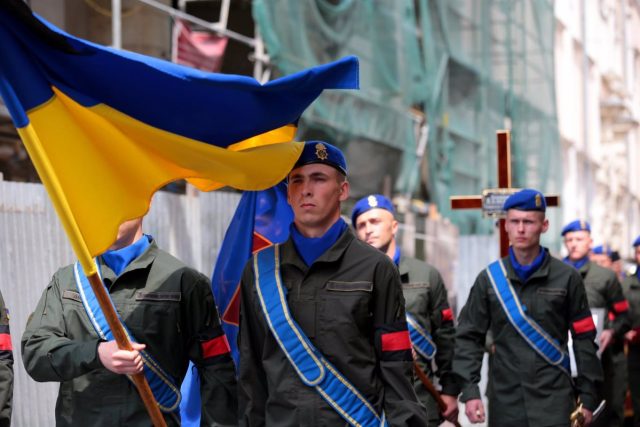 An appeals court in Lviv has banned the activities of the Marxist Workers’ Party of Ukraine, ruling in favor of the Justice Ministry’s arguments that it considers the pro-Russian formation.

With this new ban there are now sixteen political parties which have seen their activities censored and their assets requisitioned on the basis of the martial law signed by the Ukrainian president, Volodimir Zelenski, in response to the start of the war announced by his Russian counterpart, Vladimir Putin, last February 24.

However, the Workers’ Party still has the possibility to appeal this decision to the Supreme Court. Founded in April 2012, it has been trying since 2015 to modify its statutes and to withdraw the definition of Marxist-Leninist formation, the Chesno movement, a civil organization fighting for political transparency in Ukraine, has pointed out.

The leader and founder of the party, Oleksander Bondarchuk, has explained that since 2015, on the occasion of “decommunization,” he has been trying to make changes to the formation’s statutes to remove these references to Marxism, but the Ministry of Justice “constantly returned” the drafts.

“As a result of such bureaucratic slingshots (…) we did not make any changes and so now they are going to ban the party,” has protested Bondarchuk, on whom a criminal case was opened in 2015 for alleged aggression against the territorial integrity of Ukraine for publications in the newspaper ‘Robochy Klas’.

Last week this same court already ratified the suspension of the activities of the Communist Party of Ukraine and Happy Ukraine, the political formation created by former Minister of Revenue and Duties Oleksandr Klymenko, in the government of former President Viktor Yanukovych.

Since its creation in 2012, it has never contested elections, whether presidential, legislative, or local. Among all the banned parties, only Opposition Platform for Life had a significant parliamentary representation.