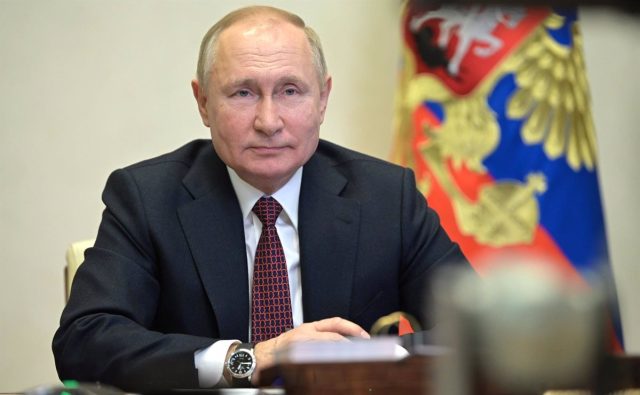 Russian President Vladimir Putin signed a decree on Tuesday for the application of “special economic measures” in response to the sanctions applied by various countries against Moscow for the invasion of Ukraine, which began on February 24.

The decree states that the measures will be applied “in relation to hostile actions contrary to International Law by the United States and other states and international organizations that have joined it, aimed at illegally depriving Russia, Russian citizens and Russian entities the right to property or limiting their property rights”.

Thus, he has said that a ban will be applied to individuals and entities under Russian jurisdiction “carrying out transactions, including international contracts, with legal entities, individuals and organizations under sanctions by Moscow, while the export of products and materials is prohibited. raw materials manufactured in Russia and intended for those affected by punitive measures.

On the other hand, the decree emphasizes that the Government has a period of ten days to “approve the list of people under sanctions” and “determine additional criteria to classify transactions” with the aim of applying the restrictions contemplated by Moscow, according to has picked up the Russian news agency Interfax.

Read:  'Sheroes', the project that recovers dreams erased with acid near the Taj Mahal