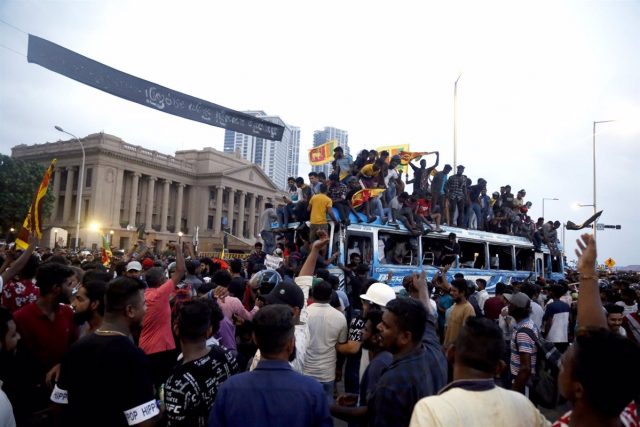 Protesters who peacefully seized this Saturday the Presidential House, official residence of the president of Sri Lanka, have handed over to the Police 17.8 million Sri Lankan rupees (about 48,500 euros) that were found in the property.

The protesters have handed over this sum of money at the Central Police Station in Colombo, as reported by the Sri Lankan news portal NewsFirst.

The amount has been transferred to the Fort Quarter police station, where the official residence of the president, Gotabaya Rajapaksa, who on Saturday announced that he would resign next Wednesday, is located. The courts will be informed of the details of the find this Monday.

The revolution that has culminated this Saturday with the resignation of Rajapaksa has been characterized by the extreme civility of the protest and there have even been images of demonstrators sweeping or washing dishes at the presidential residence.

Festive images have also transcended of protesters in the swimming pool of Rajapaksa’s residence, relaxing on the president’s bed or calmly checking their cell phone on one of the sofas of the Presidential House.