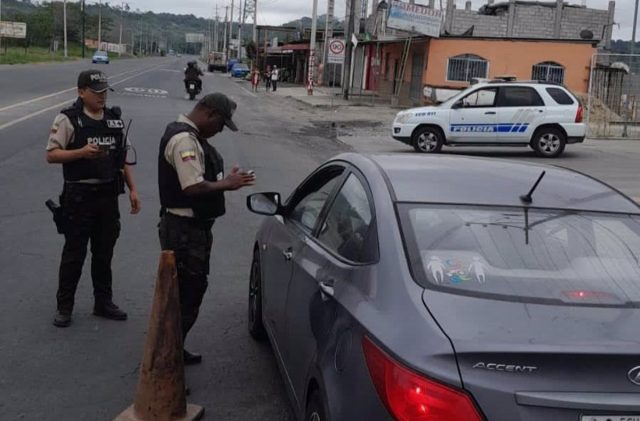 The prosecutor of the People and Guarantees Unit of Guayaquil Édgar Escobar, specialized in drug trafficking crimes, was murdered this Monday in front of the headquarters of the Provincial Prosecutor’s Office of Guayas. The murder could be “a clear message from organized crime”.

The president of the Provincial Court of Justice of Guayas, Fabiola Gallardo, has appeared after the murder to denounce the insecurity faced by the judicial system. “The judicial function is in emergency (…). We are living a social scourge of organized crime,” she said.

Gallardo believes that Escobar’s murder is “a clear message from organized crime,” according to Ecuadorean television network Ecuavisa.

For this reason, he explained that he has requested the Council of the Judiciary and the Presidency of the Republic to declare an emergency to the judicial function, as well as “teleworking to all judges in criminal matters until security conditions exist”.

Meanwhile, the provincial director of the Judiciary in Guayas, Maria Josefa Coronel, has recalled that four months ago she asked through an official letter to President Guillermo Lasso to declare the province of Guayas in emergency. “We, the judges who make the decisions and the prosecutors who investigate, are being victims”, she stressed.

The Ecuadorian press points out that Escobar was receiving a shoe shine service when he was assaulted and received up to seven bullet impacts. The body was left on the ground and the police cordoned off the area until a team from Medicina Legal arrived to remove the body.

Shortly after, two young men, 16 and 19 years old, were arrested on the ascent of Santa Ana hill as responsible for the attack. The suspects fell off the motorcycle in which they were fleeing. One of those arrested is Samuel P. Ch., 19 years old, who was shot in the leg during the police chase.

Samuel, who has no criminal record, was reportedly driving the motorcycle on which the perpetrators of the murder fled. Also arrested was Cristhian D. B., 16 years old, apprehended in a house in the area in possession of a 9 millimeter caliber weapon.